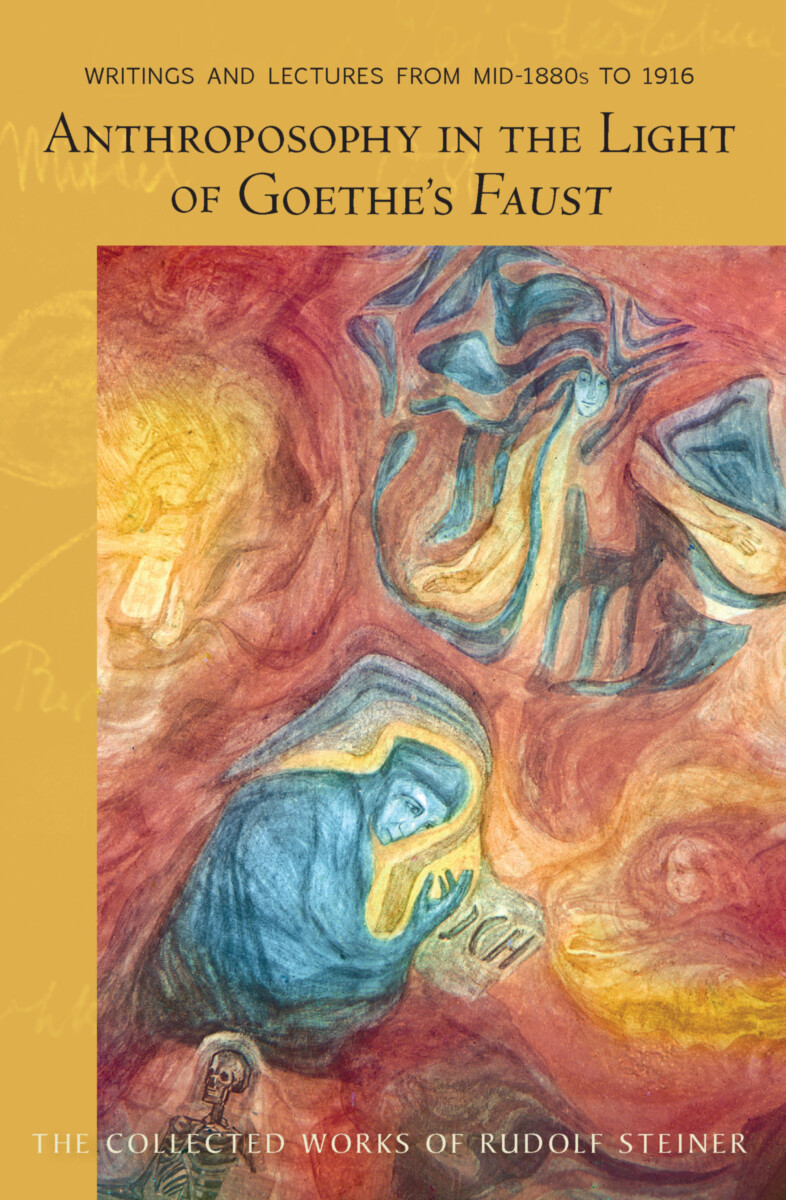 Anthroposophy in the Light of Goethe's Faust

Goethe, the great German polymath poet, scientist, dramatist, and novelist, was a major influence throughout Steiner’s life and teaching. While still a student, Steiner wrote introductions to Goethe’ scientific writings (1884–1890), the collection of which became volume 1 in his Collected Works. He also wrote two volumes on Goethe’s epistemology (1886) and philosophy (1894). As he moved closer to the esoteric world, he also gave seminal lectures on Goethe’s fairy tale, “The Green Snake and the Beautiful Lily.” Gradually, he finally approaches Goethe’s masterwork, the epic (and deeply esoteric) drama, Faust.

This book contains eighteen lectures, given between 1910 and 1916. A companion volume (CW 273) contains thirteen more lectures given between 1916 and 1919. Taken together these two volumes illuminate in deeply esoteric ways both Anthroposophy and Goethe’s own astonishing vision; the first volume focusing more on anthroposophy, the second more on Faust.

Beginning with ten short extracts that span twenty years (from the 1880s to 1909), the first lecture sets the tone—Goethe sought spiritual science, Faust is the record of his striving, and we are led to see how Goethe’s great drama is filled with embryonic insights that developed and became Anthroposophy. This theme is then developed, in lecture after lecture, with ever-deepening focus. Whether it is a question of the spiritual nature of matter, the reverence for truth and knowledge, reincarnation, the Mystery of Golgotha, evil, the nature of the elemental world, aesthetics, the challenge of our times, human destiny and the nature evolution, these lectures show Goethe as the great initiate and develop Anthroposophy—Spiritual Science—in a profoundly esoteric light.

Not previously published in English, this volume has been awaited by many. It is essential reading for anyone interested in Rudolf Steiner and spiritual science.

This book is volume 272 in the Collected Works (CW) of Rudolf Steiner, published by SteinerBooks, 2013. It is a translation of the German volume Geisteswissenschaftliche Erläuterungen zu Goethes Faust. Band I Faust der Strebende Mensch (Novalis-Verlag Verlag, Freiburg im Breisgau, 1955).

The Time Is at Hand!
The Rosicrucian Nature of Goethe's Fairy Tale of the Green Snake and the Beautiful Lily and the Mystery Dramas of Rudolf Steiner
OR