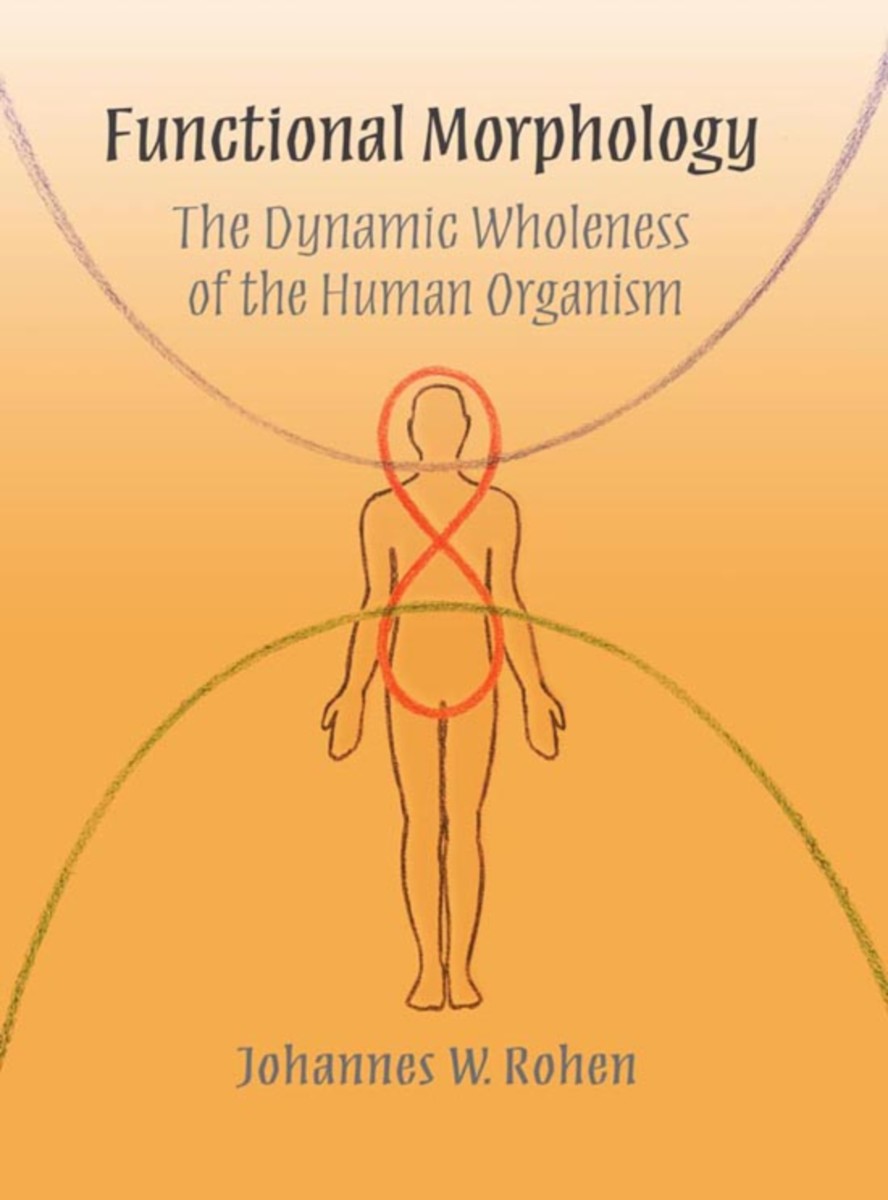 The Dynamic Wholeness of the Human Organism

Physicians around the world are familiar with Johannes Rohen’s books on human anatomy. In this, his last major work, Dr. Rohen presents the fruits of his lifelong study of the human organism. Viewing the various organs and organ systems in the context of the organism as a dynamic whole, he arrives at new and profound insights. Functional Morphology significantly supplements and expands the concepts of general anatomy and offers a new basis for approaching the interaction of body and soul. It not only conveys information, but also awakens the reader’s astonishment and joy at the unique nature of the human being.

Functional Morphology offers fresh insight and inspiration for physicians, therapists, educators, and anyone interested in gaining a deeper understanding of the human organism.

Review of Functional Morphology: The Dynamic Wholeness of the Human Organism

Johannes W. Rohen’s remarkable book opens with the question, “Is our human organism—or any organism for that matter—merely the result of millions of physicochemical reactions, or are there structural, morphological principles that integrate these individual events into a living, dynamic whole?”

Dr. Rohen, now in his 80s, is well known to medical students and anatomists worldwide for his Color Atlas of Anatomy: A Photographic Study of the Human Body, one of the most widely used anatomy texts, currently in its sixth edition. During his long and productive career as Professor of Anatomy, Rohen describes a parallel lifetime endeavor “to understand functional relationships, living wholes, and qualitative aspects” of the human organism. He pursued the discipline of phenomenology and the organic scientific method originated by Johann Wolfgang von Goethe* and elucidated by Rudolf Steiner.** In this book, we have the fruit of his decades of quiet, inspired efforts to describe human structure in a way that overcomes one-sided reductionist thinking, while holding to the spirit of scientific inquiry. Functional Morphology does not describe the human body part by part. Relationships between structures become as illuminating as the structures in themselves. We are asked, not to sit back with only our left brains in gear, but to participate in the concepts described: to contemplate them, and see if they come to life within us. In this way, the parts gradually reveal themselves in relation to the whole.

Dr. Rohen’s central concept is the threefold structuring principle, originated by Steiner.  In the first section of Functional Morphology, Rohen shows how the human body is arranged so that the informational (and informational, or form-conveying) functions are centered in the head and the nervous system. Processing of material—nutrition, storage, and elimination—is centered in the metabolic system in the abdominal cavity. Transportation, distribution, and mediation between these two poles take place anatomically between those poles, in the organs of the chest, heart, and lungs, via the functions of circulation and gas exchange for which they are responsible. He shows how this overarching organizing principle runs from the whole skeleton and whole organ-systems, right down to the organization of each of the body’s cells.

Subsequent sections deal in detail with each of the three divisions, showing how, if we are willing to look and to see precisely how the body is composed, a world of integrated form and function is revealed. Here is one example among many. The author describes the Autonomic Nervous System (ANS), showing in beautifully worked-out detail how this one division of the nervous system is further divided in a threefold manner: the more “informational” aspect of the hypothalamus and limbic systems of the brain; the ANS’ nerves in the spine, which are rhythmically segmented, and most closely associated with breathing and heart, that is, belonging to the rhythmic system; and the diffuse, unconscious, plexuses (such as the solar plexus) connected with the metabolic organs, which are least “informational” in character.

In the course of a nuanced discussion of the pituitary and pineal glands, Rohen writes, “Discovering such connections is a slow process, more intuitive than factual.” He could not make such a statement if his book were not very well supported by the facts of anatomy, in which he is utterly expert.

His book, therefore, offers the reader an unusually well-grounded exercise in infusing our step-by-step, analytic style of knowledge with a sober opening to intuition. It is an extraordinary, pioneering work in this regard.

The final section, on evolution with reference to the human spirit, should have been left out. Unlike the rest of the book, this chapter consists of speculative ideas, insufficiently supported by evidence. Furthermore, while they may have merit, Rohen’s ideas could be misinterpreted as a fundamentalist-style “intelligent design” theory, and could potentially blind readers to a fair appraisal of the rest. The remainder of the book is too solid and too important to have taken this risk with material that could easily be presented in another context.

This book is highly recommended to anyone interested in going beyond a reductionist scientific and medical paradigm. It should be given to every medical student with any aspirations toward holism.

The Musculoskeletal System
The Metabolic System and Digestive Organs
The Immune System, Lymphatic Organs, and Spleen
The Urogenital System: The Organs of Excretion and Reproduction

THE ORGANS OF THE RHYTHMIC SYSTEM

Blood and the Organs of Circulation
The Respiratory System

THE NERVOUS SYSTEM AND THE SENSE ORGANS

Dr. Johannes Wolfgang Rohen (1921–2022) received his medical degree from the University of Tübingen in 1946. He became head of the Department of Anatomy in Marburg in 1964 and in Erlangen in 1974. His main scientific interest was the functional morphology of tissues of the anterior segment of the eye, the eyelid apparatus, and the pathogenesis of glaucoma (documented in more than 300 scientific papers). His three-dimensional reconstructions of the various functional systems of the eye (summarized in the Handbook of Microscopic Anatomy) helped lay the groundwork for scientific ophthalmology. He introduced his views into fields of anatomy and wrote textbooks on related subjects. His Photographic Atlas of Gross Anatomy was translated into eighteen languages and is a standard textbook in the U.S. Dr. Rohen received numerous awards and honorary degrees for his work and was a member of numerous organizations dedicated to research in areas related to his lifelong work.

The Heart of the Matter
Discovering the Laws of Living Organisms

Secrets of the Skeleton
Form in Metamorphosis

Threefoldness in Humans and Mammals
Toward a Biology of Form
OR