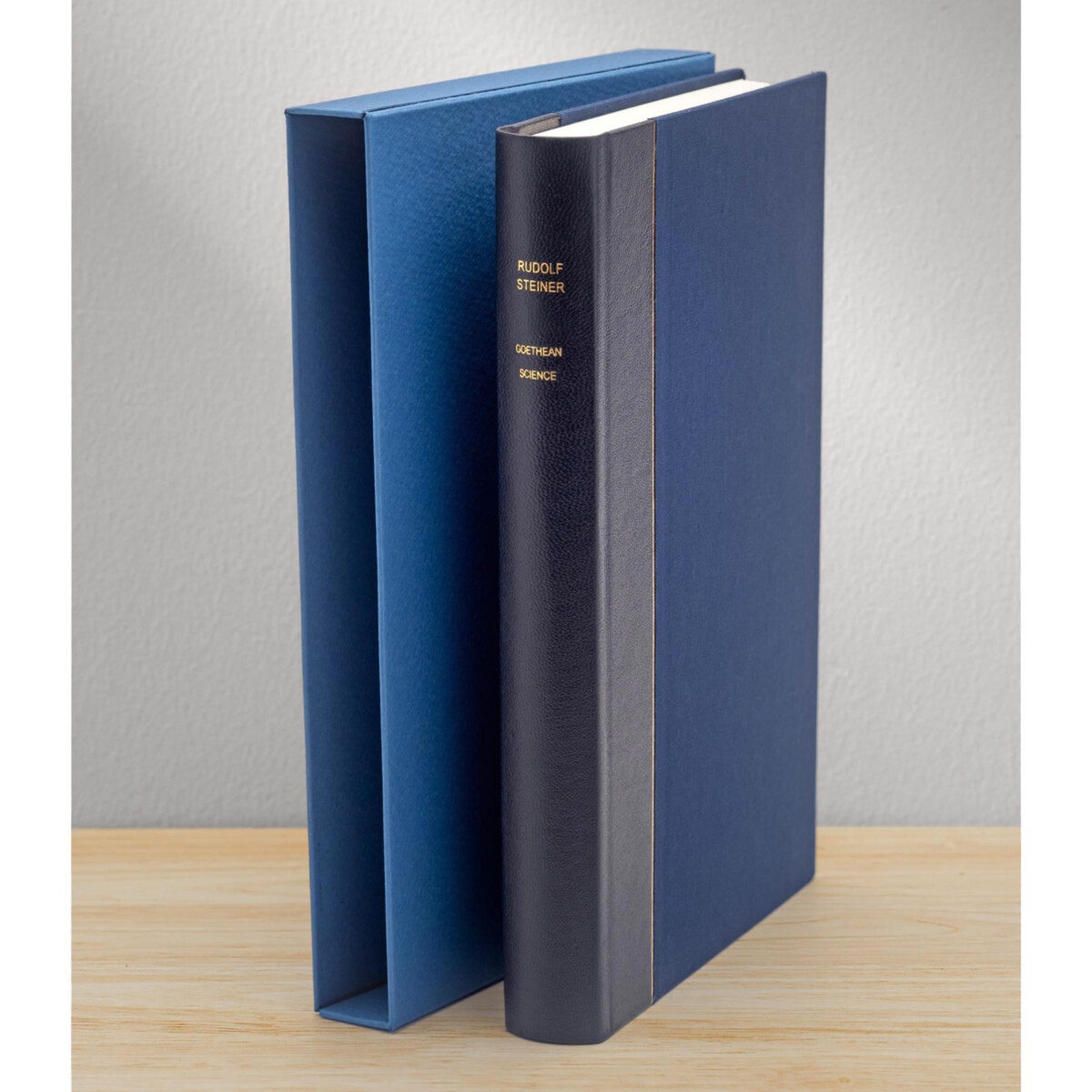 Goethean Science features Rudolf Steiner’s introductions to Goethe’s works, re-visioning the meaning of knowledge and how we attain it. Goethe had discovered how thinking could be applied to organic nature and that this experience requires not just rational concepts but a whole new way of perceiving.

At the youthful age of twenty-one, Steiner was chosen to edit Goethe’s scientific writings for the principle Geothe edition of his time. Goethe’s literary genius was universally acknowledged; it was Steiner’s task to understand and comment on Goethe’s scientific achievements. Steiner recognized the significance of Goethe’s work with nature and his epistemology, and here began Steiner’s own training in epistemology and spiritual science.

In an age when science and technology have been linked to great catastrophes, many are looking for new ways to interact with nature. With a fundamental declaration of the interpenetration of our consciousness and the world around us, Steiner shows how Goethe’s approach points the way to a more compassionate and intimate involvement with nature.

The Chadwick Library Edition is an endeavor to republish—mostly in new or thoroughly revised English translations—several written works of Rudolf Steiner. The edition is named for the late horticulturist Alan Chadwick, whose life and work has served as inspiration to the small group from which the idea originated. Our extensive experience with special bindings led to the selection—for this “trade edition” of 750 books—of a leather spine binding, cloth sides, and a light slipcase. For the hand-numbered edition (100 books), the binding is full leather with a hand-gilt top of the pages in a fine, stiff, cloth-covered slipcase. The leather is blue calfskin, and the title stamping on the spines is in genuine gold leaf. All of this will be carried out by hand at one of the finest binders, Ruggero Rigoldi.Goetean Science is a translation from German of «J. W. Goethe: Naturwissenschaftlich Schriften, Mit Einleitung, Fußnoten und Erläuterungen im Text Herausgegeben von Rudolf Steinter, Band 1-5 (a-e)» (GA 1).

1. Introduction
2. How Goethe’s Theory of Metamorphosis Arose
3. How Goethe’s Thoughts on the Development of the Animals Arose
4. The Nature and Significance of Goethe’s Writings on Organic Development
5. Concluding Remarks on Goethe’s Morphological View

6. Goethe’s Way of Knowledge
7. The Arrangement of Goethe’s Natural-Scientific Writings
8. From Art to Science
9. Goethe’s Epistemology
10. Knowing and Human Action in the Light of the Goethean Way
11. The Relationship of the Goethean Way of Thinking to Other Views
12. Goethe and Mathematics
13. Goethe’s Basic Geological Principle
14. Goethe’s Meteorological Conceptions

15. Goethe and Natural-Scientific Illusionism
16. Goethe as Thinker and Investigator

17. Goethe against Atomism
18. Goethe’s Worldview in His Maxims and Reflections

The Marriage of Sense and Thought
Imaginative Participation in Science