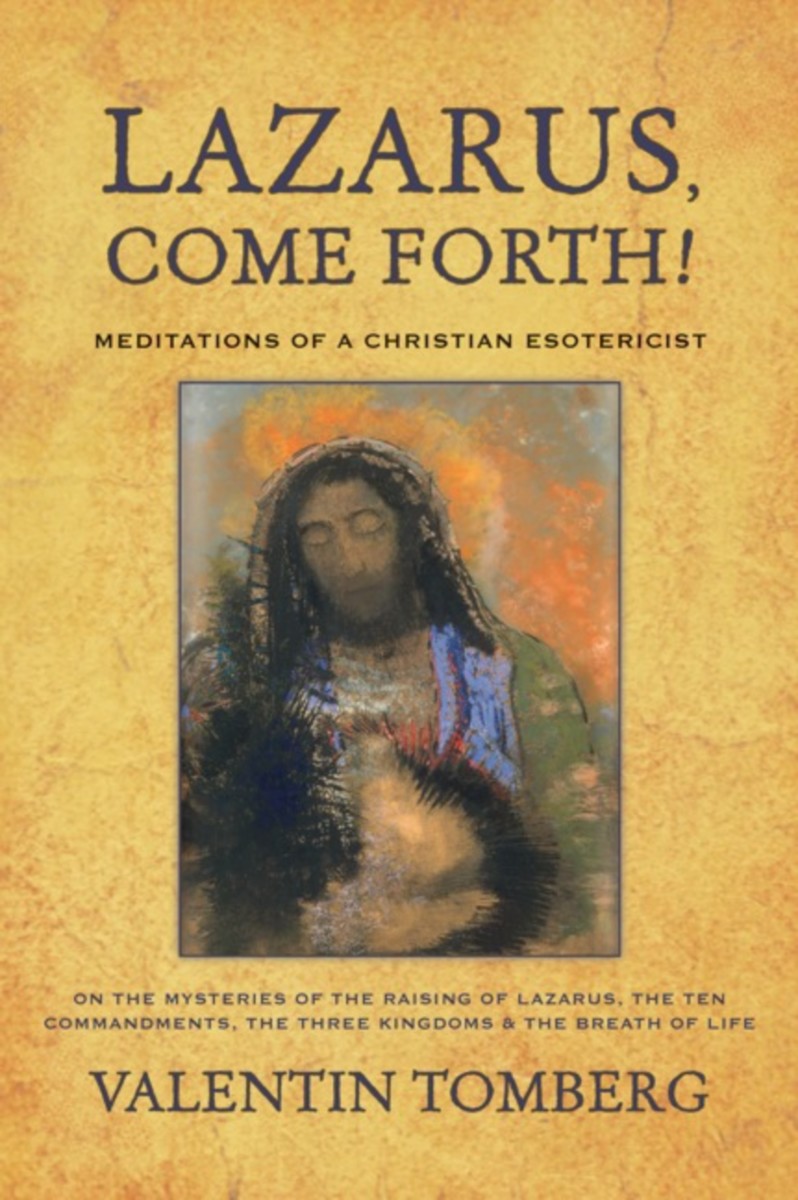 Meditations of a Christian Esotericist on the Mysteries of the Raising of Lazarus, the Ten Commandments, the Three Kingdoms & the Breath of Life

“Forgetting, sleep, and death are stages of basically the same process. Now, in contradistinction to them stand remembrance, awakening, and resurrection. Just as forgetting, sleep, and death are stages of an apparent disappearance into the darkness of a realm held to be unconscious by normal day consciousness, disappearing beyond waking experience, so do remembrance, awakening, and resurrection signify basically the one single process of reappearance, the return of what had been submerged in the darkness of the unconscious.” —Valentin Tomburg (p. 50)

Drawing on the ancient and frequently forgotten sources of esoteric Christianity, Valentin Tomberg reflects on the mysteries of humanity's covenant with God in history. The power of these meditations is that they reflect the author's personal spiritual journey into the depths of God's kingdom within—within the soul, within personal relationships, within nature and the cosmos.

Part one of Lazarus, Come Forth!—"The Miracle of Raising Lazarus in World History"—looks at an encounter with the Father through the miracles of Creation and the Fall and through Moses and the Old Testament Covenant and the Ten Commandments.

Part two, "The Ten Commandments: The Revelation on Mt. Sinai," is a meditation on the seven miracles of Christ as described in the Gospel of St. John, culminating in the raising of Lazarus, the miracle of being raised from forgetfulness, sleep, and death to remembrance, wakefulness, and resurrection. Lazarus thus becomes a paradigm for understanding the spiritual and cultural history of humanity.

In part three, "Thy Kingdom Come: The Three Kingdoms of Nature, Humanity, and God," we consider the encounter with the Holy Spirit and living out the life of Christ through the Church. We are asked to reflect on the three kingdoms of God, humankind, and nature, which give natural order and meaning to the Christian life.

This volume should not be missed by anyone with a serious interest in esoteric Christianity or who merely wishes to go more deeply into the meaning of the Holy Scriptures.

Lazarus, Come Forth! is a fully revised translation of Lazarus, komm heraus. A previous edition of this work was titled Covenant of the Heart.

PART I. THE MIRACLE OF RAISING LAZARUS IN THE HISTORY OF THE WORLD
Introduction
1. The Seven Miracles of the Gospel of St. John
2. The Miracle of Raising Lazarus
3. The Lazarus Miracle in the Spiritual-Cultural History of Humanity

PART IV: THE BREATH OF LIFE
Introduction
1. The Mystery of Breath
2. Natural & Supernatural Images of the Holy Trinity

Valentin Tomberg (Feb. 27, 1900–Feb. 24, 1973) was born into a Lutheran family in St. Petersburg, Russia. As an adolescent, he was drawn to the hermetic Martinism of G.O.Mebes, as well as to Theosophy and the mysticism of Eastern Orthodoxy. Tomberg’s mother was killed by looters during the Russian Revolution, after which Valentin and his father fled to Tallinn, Estonia, where Tomberg studied languages and comparative religion at the University of Tartu. As a young man, he was strongly influenced by Vladimir Soloviev and had a personal experience of the Sophia at a cathedral in Holland. In 1925, he joined the Anthroposophical Society, under whose auspices he lectured in Holland and England and wrote on his understanding of the Bible, Anthroposophy, and esoteric Christianity. During World War II, he left the Anthroposophical Society and its internal struggles and converted to Catholicism. In 1948, he moved to England, where he became a translator for the BBC and monitored Soviet broadcasts during the Cold War, while continuing his devotion to meditation practice and further writing on his esoteric insights. In 1960, he retired to Reading near the River Thames. He died while vacationing in Majorca. The best-known work of his later life is Meditations on the Tarot: A Journey into Christian Hermeticism, written anonymously.

The Challenge of Lazarus-John
An Esoteric Interpretation

The Mystery, Biography, and Destiny of Mary Magdalene
Sister of Lazarus John & Spiritual Sister of Jesus