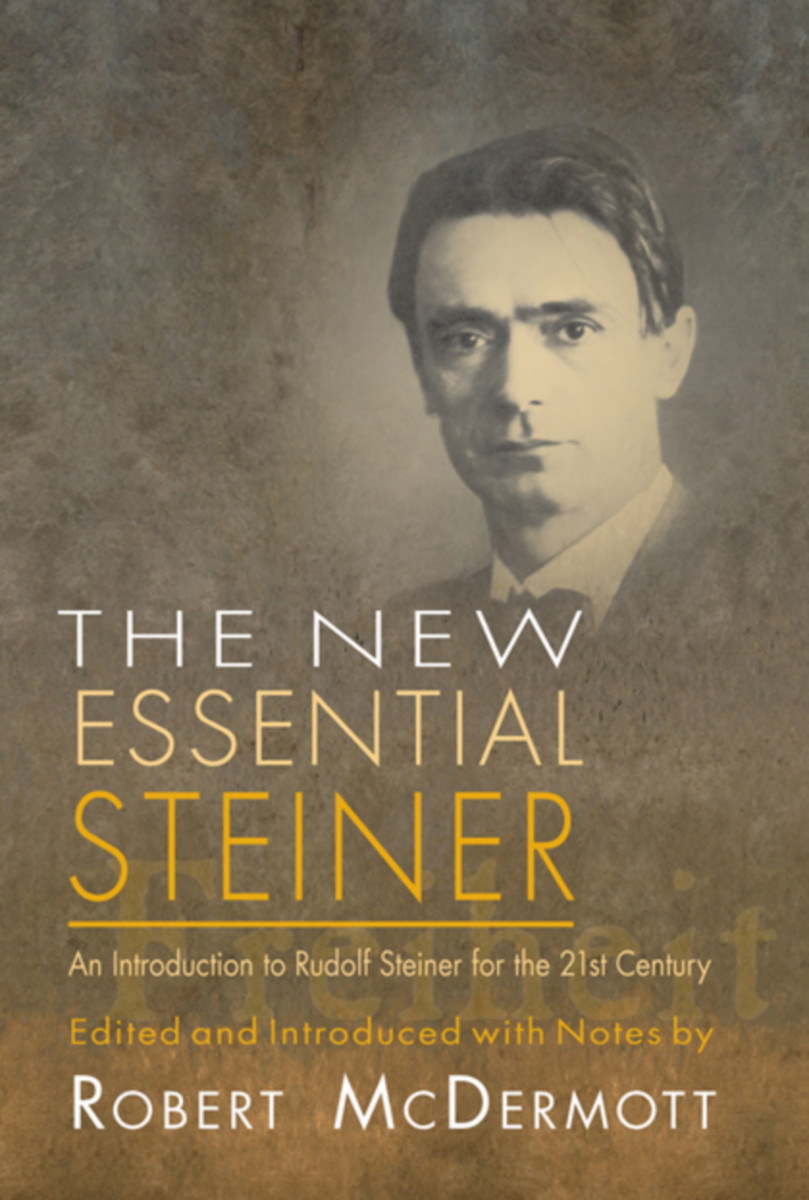 An Introduction to Rudolf Steiner for the 21st Century

“Rudolf Steiner was in fact not merely a phenomenally educated and articulate philosopher but also a Man of Destiny.... By comparison, not only with his contemporaries but with the general history of the Western mind, his stature is almost too excessive to be borne.” —Owen Barfield

The New Essential Steiner is an illuminating, completely new introduction to the philosophy and essential writings of Rudolf Steiner, introduced and edited by Robert McDermott, who also edited the now-classic Essential Steiner. This new volume offers selections from a wide variety of Steiner’s published works, presenting a broad, accessible overview of Anthroposophy.

In his introduction, McDermott recounts Steiner’s life and work, from his childhood and education to his work as a natural scientist, philosopher, scholar, educator, artist, interpreter of culture, and seer. He places Steiner in relation to major traditions of thought and explores the genesis and development of Anthroposophy.

Although Rudolf Steiner is considered by many to be the greatest spiritual seer and philosophical thinker of the twentieth century and is credited with major cultural contributions such as the worldwide Waldorf school movement and the ever-growing biodynamic agricultural movement, he nevertheless remains relatively unknown to both academics and the public. The purpose of this volume is to redress that situation by introducing Steiner's work to a broader audience and making his name more universally recognized.

Includes selections from Steiner’s writings, which are grouped into chapters that demonstrate the breadth of his thinking and spiritual accomplishments.

The New Essential Steiner is an invaluable compendium and introduction to the works that form the foundation of Anthroposophy.

A Guide to Further Reading
Index