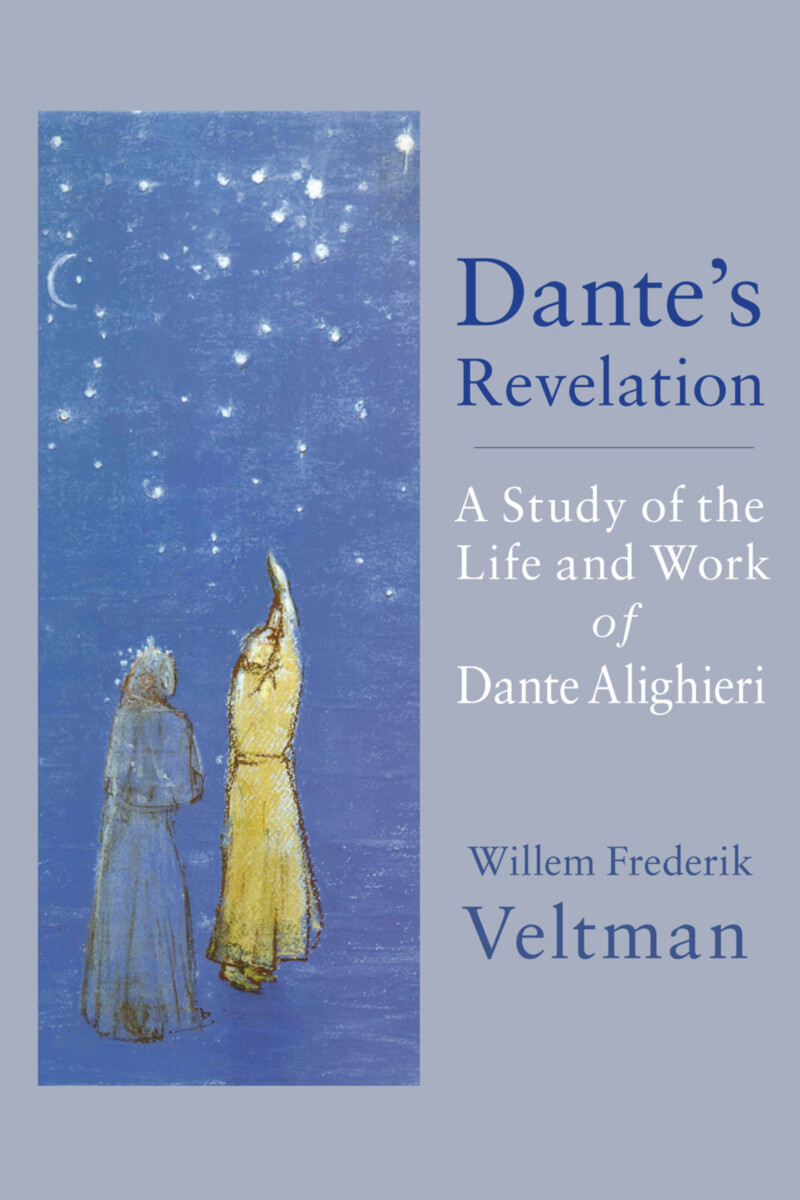 A Study of the Life and Work of Dante Alighieri

Even after seven centuries of historical development, the core of Dante’s work is probably more relevant today than ever. With his Divine Comedy, the great poet wanted to open the eyes of his contemporaries to the realities of the spiritual world and to the consequences of how we choose to live our life. He also fought for moral and social healing of society and culture and pointed to the source of all healing—the living spirit.

The author did not write this book as a memorial to Dante. Rather, it is meant to show us how Dante’s masterwork enables us to recognize and better understand ourselves, as well as our life choices and our personal and cultural situation.

Concise Overview of the Divine Comedy

General introduction. Two points of view are given: (1) Dante’s current relevance; (2) the reality of Dante’s suprasensory experiences that form the basis of the Divine Comedy. The goal of this study is to develop both points of view. In order to approach the esoteric aspects of the Divine Comedy the reader has to be willing to embark on an inner path of schooling himself. Dante’s work is a call to turn to the spirit. This call also applies to our time.

2.   The Essence of the Human Being as the Key to the Divine Comedy

Dante himself speaks of a fourfold interpretation of his work: literal, allegorical, moral, and anagogical, or striving for the spirit. These four aspects are demonstrated in the structure of the Divine Comedy. In the view of the author, the four aspects correspond with the four elements of the human being as described in Rudolf Steiner’s Anthroposophy.

The role of developmental cycles in the course of human life. The periods of eighteen years and seven months, and the seven-year periods in relation to the rhythms of the moon and Saturn respectively. The moon and Saturn rhythms in Dante’s life.

Sketch of the historical background of Dante’s life and work. Political and spiritual streams. The special position of the Order of the Templars with which Dante had a connection. Brief sketch of the downfall of this order.

Dante’s prophecy of the coming of a redeemer is considered from different angles. Interesting statements by Rudolf Steiner are quoted and contemplated.

The theme of the previous chapter in direct relation to the content of the Divine Comedy—the negative Rome (Mars) aspect of Inferno, the Amor (Venus) aspect in Purgatorio, and the Flora (Mercury) aspect in Paradiso.

8.   Brunetto Latini and the School of Chartres

Dante’s teacher, Brunetto Latini, was an initiate. His work, Il Tesoretto, as well as the relation of this work with the Christian-Platonic monastic academy of Chartres in the twelfth century. The information Rudolf Steiner provided concerning Brunetto’s initiation, and the spiritual emanation from the School of Chartres that worked on Dante indirectly through Brunetto.

9.   Lady Natura in the Divine Comedy

The School of Chartres. Natura wisdom of Bernardus Silvestris and Alanus ab Insulis. Their influence is perceptible in passages of Purgatorio, where the earthly paradise is described. The figure of Matilda.

The four forms of rapture according to Plato (Phaedrus). The figure of Virgil on Dante’s mystical journey. The connection between the underworld and the human material body; the depths of the earth. Esoteric (Johannine) Christianity in Dante’s life and work. The Celtic element in Dante. In this connection, the strange adventure of Ulysses in the Divine Comedy: the dangerous voyage to the West.

11. Apollonian and Dionysian Initiation Motifs in the Divine Comedy

Hints of mystery wisdom that is older than Greek-Roman culture. Passages in Paradiso related to the ancient Drotten and Druid mysteries of northern Europe. The so-called macrocosmic (Apollonian) path of initiation. The mystic (Dionysian) initiation is often described as a descent into the underworld, for example by the Celtic bards. One of the most interesting precursors of the Divine Comedy is the Vision of Tondolus, an Irish knight who experiences a descent into hell and journey through heaven.

Dante’s relationship with the troubadours and the Fedeli d’Amore. Franciscan mysticism and musical rapture. Striving for wisdom in scholasticism. Beatrice and the Sophia being.

Scholasticism and Arabism. The Aristotelian concepts of intellectus agens and intellectus possibilis. The doctrine of “double truth,” unredeemed thinking. Thomas Aquinas and Dante. Philosophia leads to mystical beholding. Beatrice is the guide on this path.

Dante’s tormenting question of the justice of God. The doctrine of St. Augustine. Predestination and grace. Reincarnation in the Divine Comedy: Emperor Trajan and Pope Gregory the Great.

The doctrine of virtue and vice as planet-psychology. Purgatorio as the true soul world. The soul spectrum of the seven virtues as metamorphoses of amore. Old mystery wisdom and new science of the soul through Anthroposophy.

16. The Realm of the Holy Spirit

Joachim da Fiore, prophet of the realm of the holy Spirit. Apocalypse and history. The crisis of the human “I.” The situation today.

Willem Frederik Veltman (1923–2018) was born in The Hague, Netherlands. During the Nazi era, he encountered the work of Rudolf Steiner. He was later a teacher for 41 years at the Waldorf school in The Hague, where he taught French, art history, and the humanities and directed many theatrical productions. Veltman was active in the international Waldorf school movement and lectured on spiritual-scientific subjects in the Netherlands and elsewhere. He published many books on the history of culture and wrote plays for students in the upper grades, as hundreds of articles for the educational magazine Vrije Opvoedkunst (Free Education).

The Alchemical Wedding
Christian Rosenkreutz, the Initiate of Misunderstanding