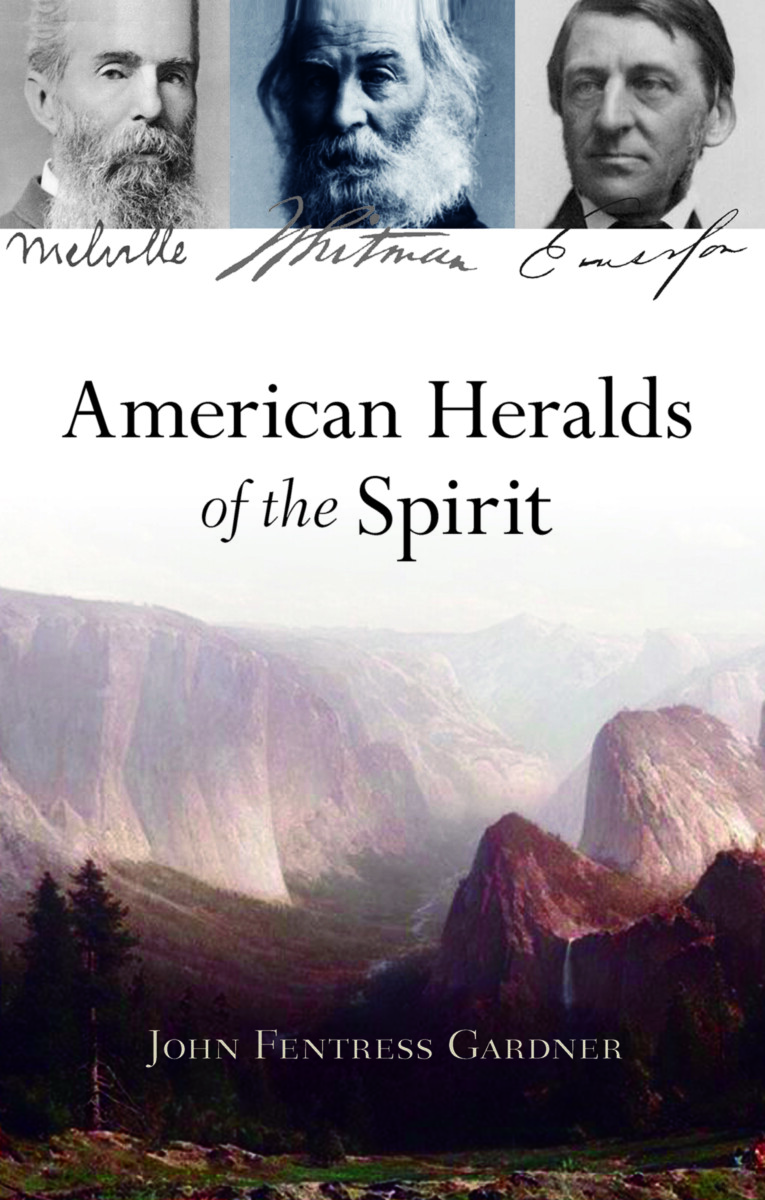 American Heralds of the Spirit

The Founding Fathers are well known in the history of the United States for building the economic and political foundations of America. But who founded cultural and spiritual America? For John Fentress Gardner, it was not until the following generation that the revolutionary principles of American cultural and spiritual life were laid down by Herman Melville, Walt Whitman, and Ralph Waldo Emerson.

These three iconic heralds spoke powerfully, eloquently, for the spirit as it lives in America. They were, with uncanny directness, prophets of America today. In this illuminating book, their words become meditations that enable us to think their ideas anew.

Melville’s epic vision is of the conflict between Love and Power. “I stand for the power of the heart,” he wrote. In prescient detail, he foretold “what must happen to a people who advance in both intellectuality and power, but who fail to develop the heart.”

Whitman, the bard of the spiritual will flowering in conscious love, answers Melville. Whitman’s compassionate identification with the new world and its people was unique and complete. He embodied in himself and in his poetry his great ideal of self-determination. For Whitman, this principle was his country’s special task and a compass for the “new moral American continent.”

In three brilliant, final chapters on Emerson, a crystalline framework is given for understanding the deepest spiritual, philosophical, and practical implications of what these heralds proposed for their country.

A Rosicrucian Soul
The Life Journey of Paul Marshall Allen

Steiner and Kindred Spirits
OR