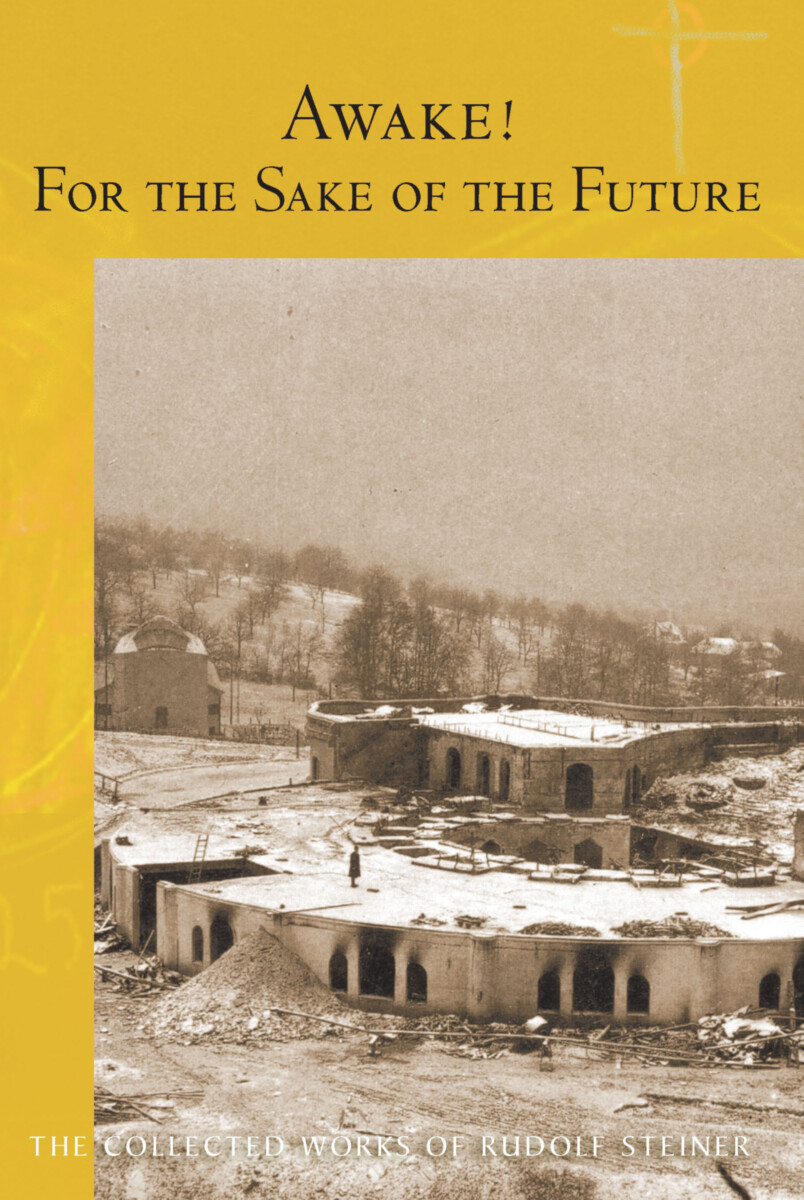 Awake! For the Sake of the Future

“What have we gained through the strengthening of the soul since the fourth and fifth centuries? Outwardly it is merely mechanistic knowledge, an understanding of the physical aspect. You will see that I have described examples of this in the natural-scientific course. But now the time has come in which the soul must be strengthened even further, so that what the soul, with the help of the etheric body, formerly could see by looking into the heavens (the spirit Sun together with the physical Sun) can be transformed. Now the human soul, casting its gaze inward, can develop the capacity to look into the ‘I,’ to experience and feel the ‘I,’ and to perceive, behind the ‘I,’ the Christ.” — Rudolf Steiner (Jan. 5, 1923)

The implications of the worldview that arises from Anthroposophy—the life’s work of Rudolf Steiner—are both primary and far-reaching. More nuanced than any remotely comparable approach, his work not only suggests the need for a fundamental alteration of our deeply ingrained tendency to accept passively the received wisdom of staid conventionality, it also provides the concrete framework—for anyone with the will to do so—to wake up to reality in an entirely new way. In short, this work and its implications are, therefore, both radical and possibly quite powerful. If this were not true, Anthroposophy would have no real impact and no real enemies. However, this has not been the case.

On New Year’s Eve 1922/23, the (first) Goetheanum—an architectural marvel and the “House of the Word” intended to stand as the fully realized physical, artistic embodiment of Anthroposophy on Earth—was deliberately destroyed by fire. This was an unfathomably heavy blow to Steiner and the entire anthroposophic movement. Afterward, however, he was adamant that not a single lecture or event scheduled to take place at the destroyed Goetheanum should be canceled or postponed. He himself carried on with an even more determined—indeed, fiery—resolve.

The course of lectures in this book began on January 5, 1923, as living testament to that resolve. As truly relevant today as they were in 1923—probably more so—this volume is an exceptionally urgent, heartfelt articulation of what could be considered Steiner’s core message and plea to modern humanity—simply put, for the sake of the future, wake up!

1. Meeting Humanity’s New Need for Christ through a New Knowledge of Christ
2. The Task of Knowing for Today’s Youth
3. The Earth’s Interior and Celestial Constellations in Relation to the Physical Human Being
4. Jacob Boehme, Giordano Bruno, and Francis Bacon ...
5. Salt, Sulfur, and Mercury Processes in the Inner Human Being
6. The Sleep of Civilization in the Present Era
7. Truth, Beauty, and Goodness
8. The Human Being and the Spirits of Nature
9. The Intellectual Fall of Humanity: Enlivened Thinking as a Path to the Spiritual World
10. Rising Beyond the Intellectual Fall of Humanity through Inner Discipline
11. Realism and Nominalism: The Divine Essence in Nature and the Human Being
12. Hermann Grimm and Friedrich Nietzsche in Relation to the New Life of the Spirit