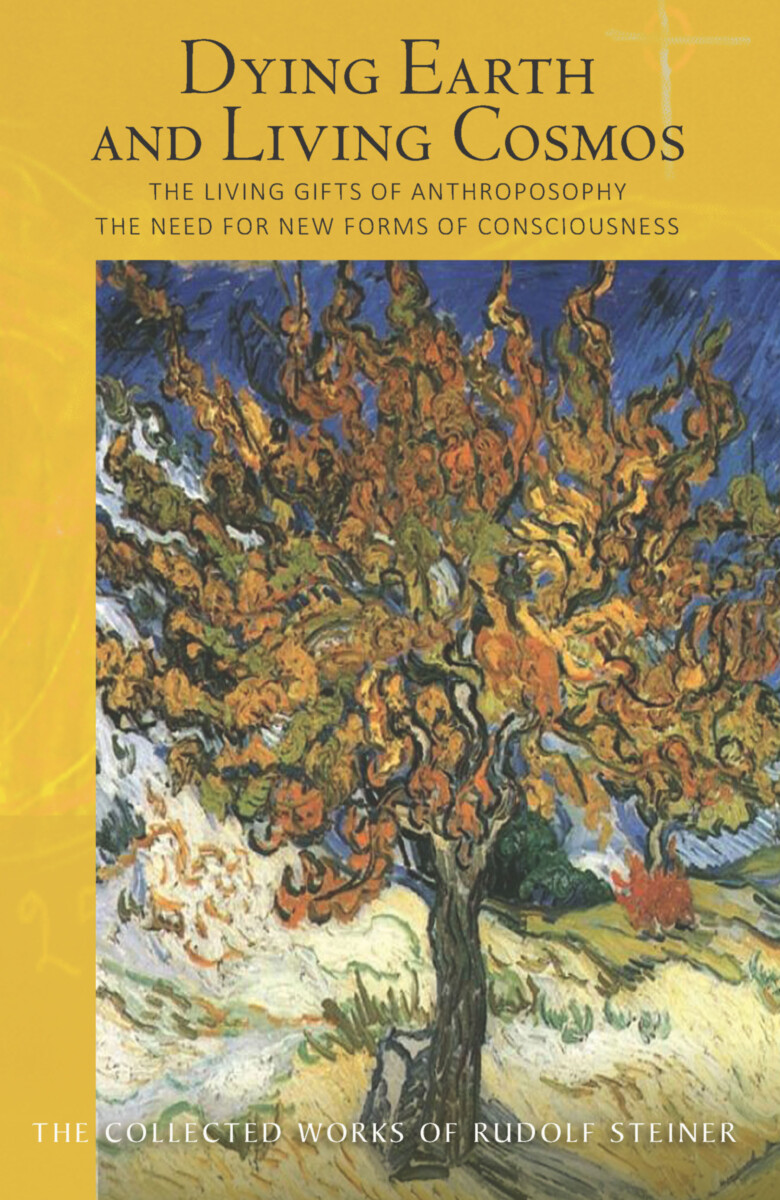 The Living Gifts of Anthroposophy: The Need for New Forms of Consciousness (CW 181)

These authoritative lectures, delivered during a period of deep crisis and conflict in world history, present a comprehensive spiritual teaching for contemporary humanity. Despite the raging World War, Rudolf Steiner was still touring Central Europe while also completing his architectural masterpiece in neutral Switzerland, the first Goetheanum.

The building of the Goetheanum—built by a community of people from seventeen nations at war—forms a thematic backdrop to the lectures. In speaking of the walls of the new building, for example, Steiner describes how their forms do not confine but express openness to the surrounding cosmos. Similarly, the carved motifs on the wooden pillar architraves are not fixed “symbols,” but are alive and continually metamorphosing.

These observations are reflected in Steiner’s broader discussions. He speaks of extending and deepening our connection with the world and the cosmos, going beyond our usual narrow limits and definitions to engage in “community with the realities of existence.” We can do this, for example, with the so-called dead, who find it difficult to relate to sensory-bound thinking. Steiner explains how we can connect with them and greatly enrich our lives and “making an enormous difference to their souls.” The distinction between fixed symbols and living motifs takes us to the core of Anthroposophy, striving never to rest in inert forms of thought. In the field of education, Steiner thus warns about the “external measuring” of students and linear models of cognitive learning.

Throughout the three lecture courses included here that combine to form a kind of compendium of Anthroposophy at the time, Steiner touches on a wealth of absorbing themes, including the “discovery” of America, the contrast between East and West, the qualities of European “folk souls,” Valentin Andreae’s Chymical Wedding, and Darwinism.

Regardless of his topic, Steiner consistently and urgently appeals to us to “grasp reality” and look further than abstract schemes such as social and political ‘program’ and to participate in the cosmos as conscious, fully human co-creators.