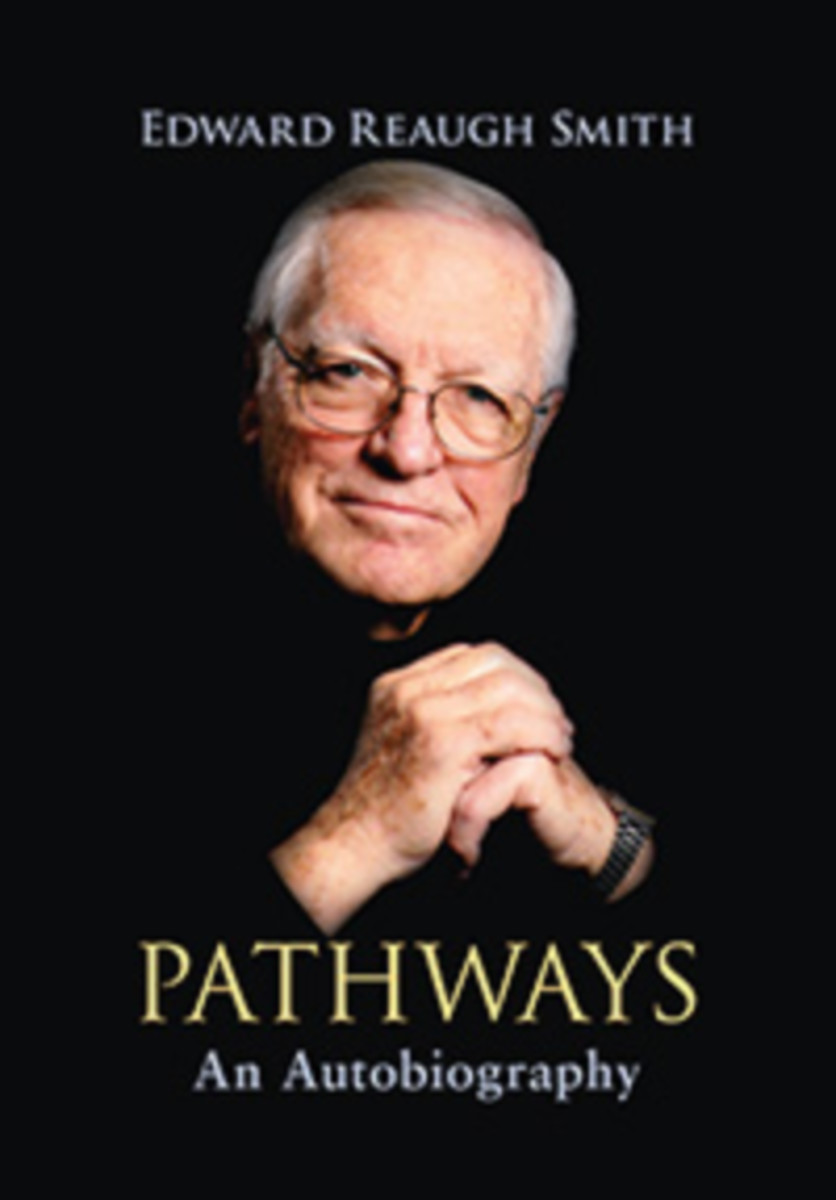 “Ed is quite the special person. Not in the clichéd way that ‘everyone is special.’ You will find few clichés in his character. His life has unfolded through stages and phases which themselves are ‘special’ but which, in aggregate, can only be described as ‘unique.’ This is not to gainsay the idea of each individual’s uniqueness. We confirm that verity. Yet, the very title of this autobiography, Pathways, implies that more than one route, more than one trajectory, was followed to create the Ed Smith we know today as friend, teacher, lecturer, businessman, and author of The Burning Bush.” — Paul V. O’Leary (from the preface)

Pathways tells the story of his multifaceted life, from his youth as a student and athlete to becoming a a husband and father, attorney, musician, entrepreneur, and author. The intimate narrative of his life is both surprising and inspiring, allowing the reader a glimpse into the formation of a remarkable life. Edward Reaugh Smith is the author of eight books for SteinerBooks on Anthroposophy and the Bible, as well as his autobiography.

A Rosicrucian Soul
The Life Journey of Paul Marshall Allen
OR