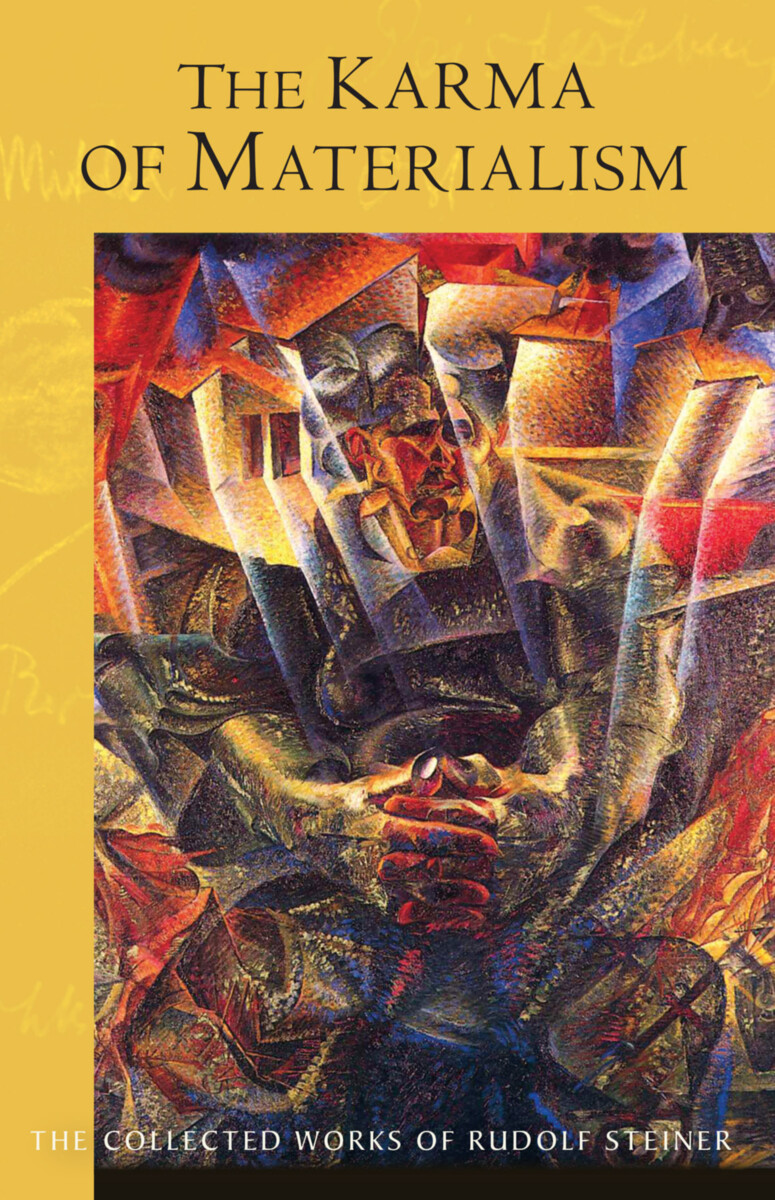 The Karma of Materialism

We read in modern history books about external events isolated within themselves or subject to the random, blind working of mechanistically conceived causes and effects. But is it possible to view the events of our times—pandemics, war, political upheaval, etc.—as symptoms of an underlying disease, karmic consequences of humanity’s fall into materialism? In these lectures, given in the midst of World War I, Rudolf Steiner addresses this question with insight, nuance, and a deep love for humanity and the collective spiritual mission of our Earth.

Science—which should not be a set of beliefs or dogmas but a method and practice of inquiry—has become wedded, especially since the nineteenth century, to the worldview of materialism. This problematic union is most dangerous when erroneous concepts and lines of thought are extended beyond the domain of theory into the sphere of practical life. In these lectures, Steiner implores his audience “to become conscious of where humanity will be led if what today calls itself science is allowed to set the tone and to insinuate itself into realms where concepts become realities.”

Although given more than one hundred years ago, the message of these lectures is more urgent today than ever before.

I. ASPECTS OF HUMAN EVOLUTION

1. The Individual and the General Age of Humanity
2. The Need for New and Mobile Concepts: Cosmic and Natural Spirit
3. The Contemporary Spirit of Science
4. Contemporary Scientific Phenomena
5. Striving Human Beings Today
6. The Challenges of Self-knowledge
7. Repeated Lives on Earth
8. The Human Relationship to Truth

II. THE KARMA OF MATERIALISM

1. Forgotten Aspects of Cultural Life
2. False Analogies
3. Rhythm in Breathing and Cognition
4. Spiritual Courage versus Indolence
5. Christ and the Present
6. Reflections on the Times
7. Luther
8. Luther, the Janus Head
9. Spiritual Science and Insight

Materialism and the Task of Anthroposophy
(CW 204)