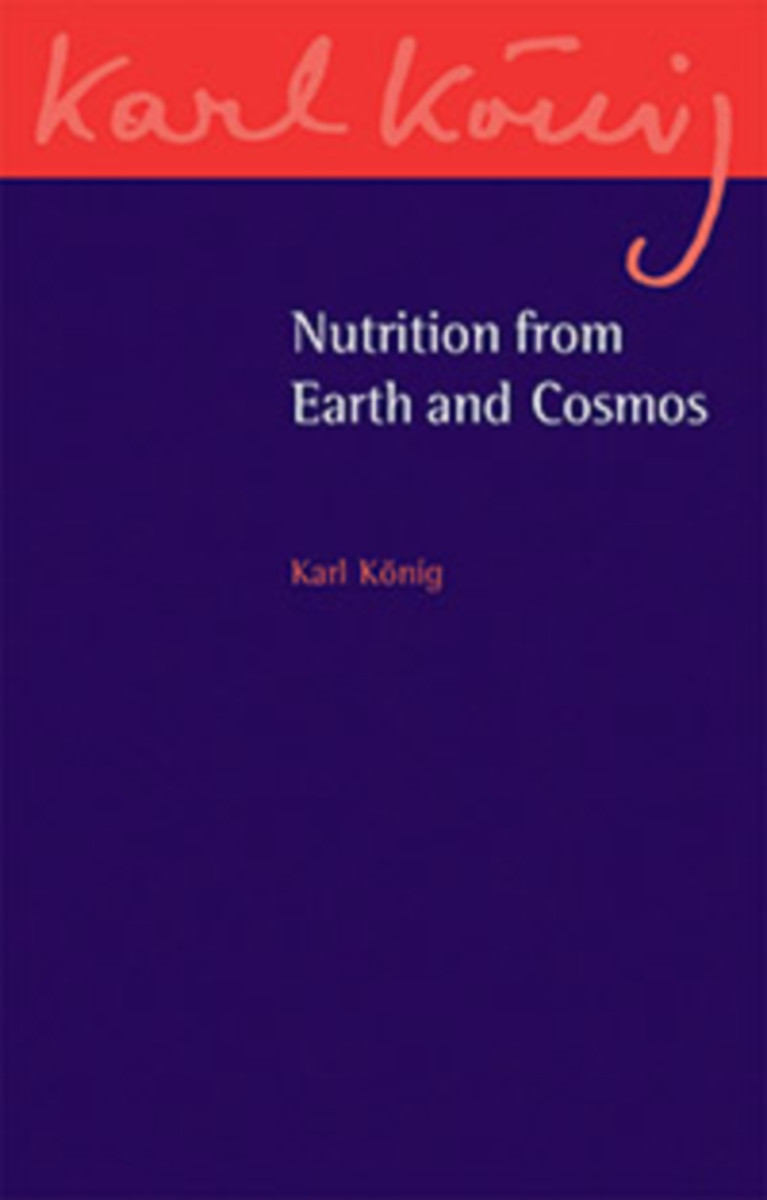 Nutrition from Earth and Cosmos

Food quality is an important issue for our modern world. There is an increasing awareness that empty calories and mass-produced food don't offer the quality nutrition that people need, and that smaller amounts of better-quality food could help combat the epidemic of obesity sweeping the Western world.

Karl König recognized the significance of human nutrition nearly one hundred years ago. In the 1920s, he began lecturing on the subject as part of a program of social help in deprived city areas, and in 1936 he gave a course for physicians and educators.

This book contains two essays and sixteen lectures, ranging from the significance of nutrition in early childhood and during illness and descriptions of the digestive process and the inner organs from a spiritual point of view to his ideas on the future development of nourishment. König's work is introduced by three contemporary researchers into nutritional practice, and finishes with König's appreciation of the only mealtime grace given by Rudolf Steiner.

“Much has changed—for both better and worse—since König gave these lectures, but the importance of two streams of nutrition and of our relationship with the cosmos has not.... There is much in these lectures that is thought-provoking.” —Paul Carline, New View

“Karl König would have certainly embraced and carried forward these scientific findings.... This book will be appreciated by many sympathetic readers who want to deepen their grasp on the past elements that have informed the growth and development of the Camphill movement.” —Simon Hanks, New View

A Note about this Volume by Richard Steel

Nutrition and Healing by Erdmut Schädel
Anthroposophical Research into Nutrition by Petra Kühne
Nutrition from Cosmos and Earth: a Contemporary Question by Anita Pedersen

The Cultural Impulse of Agriculture
1. Milk and Blood
2. Feces and the Brain
3. The Rain of Cosmic Nutrition

Earthly and Cosmic Nutritional Streams in Human Beings and Plants
1. The Contrast between the Senses and Digestion
2. Nutrition in Digestion and the Senses
3. Silica and Calcium
4. The Endocrine Glands

The Meteorological Organs
1. Introduction
2. The Lung
3. The Speres surrounding the Earth
4. The Liver
5. The Kidney
6. The Heart

Cosmos, Earth, and Nutrition
The Biodynamic Approach to Agriculture

The Demeter Cookbook
Recipes Based on Biodynamic Ingredients

Foodwise
Understanding What We Eat and How It Affects Us: The Story of Human Nutrition

The Light Root
Nutrition of the Future: A Spiritual–Scientific Study