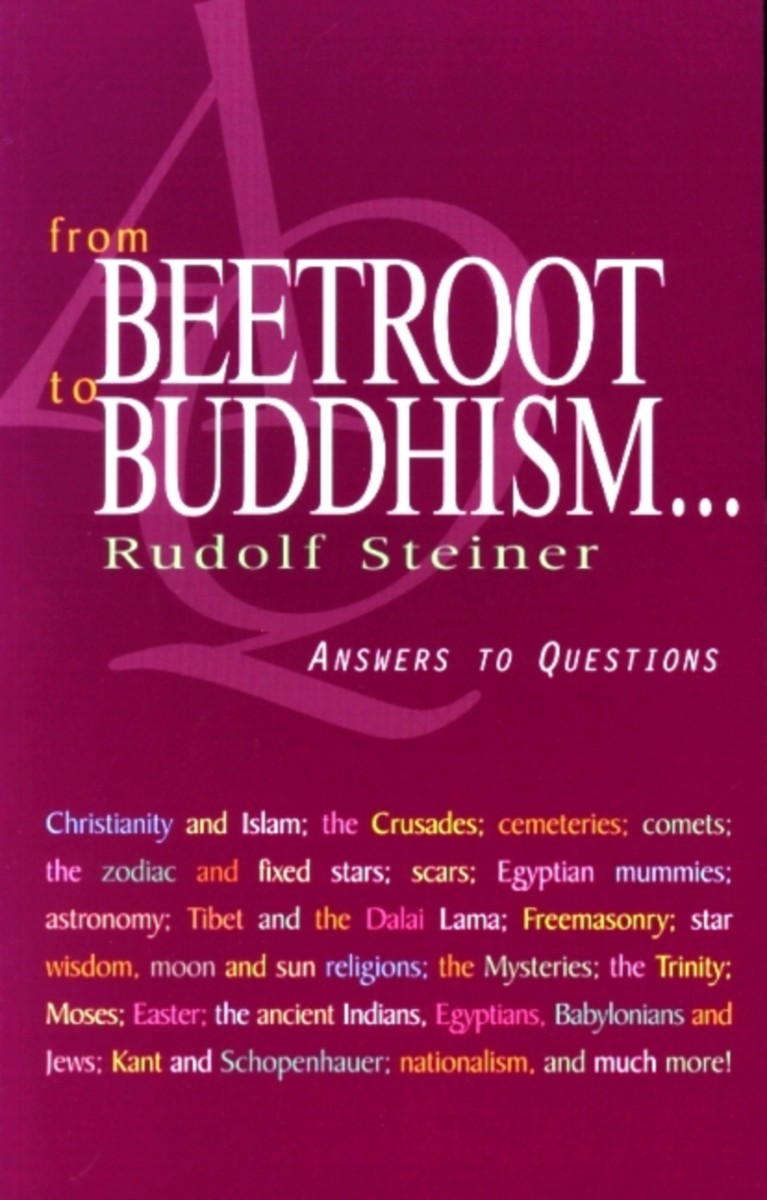 From Beetroot to Buddhism . . .

Remarkable, entertaining discussions between Rudolf Steiner and workers at the Goetheanum, Switzerland. The varied subject-matter was chosen by the audience. The astonishing insight, knowledge and spiritual depth of his responses to their questions is testimony to his outstanding ability as a spiritual initiate and profound thinker.