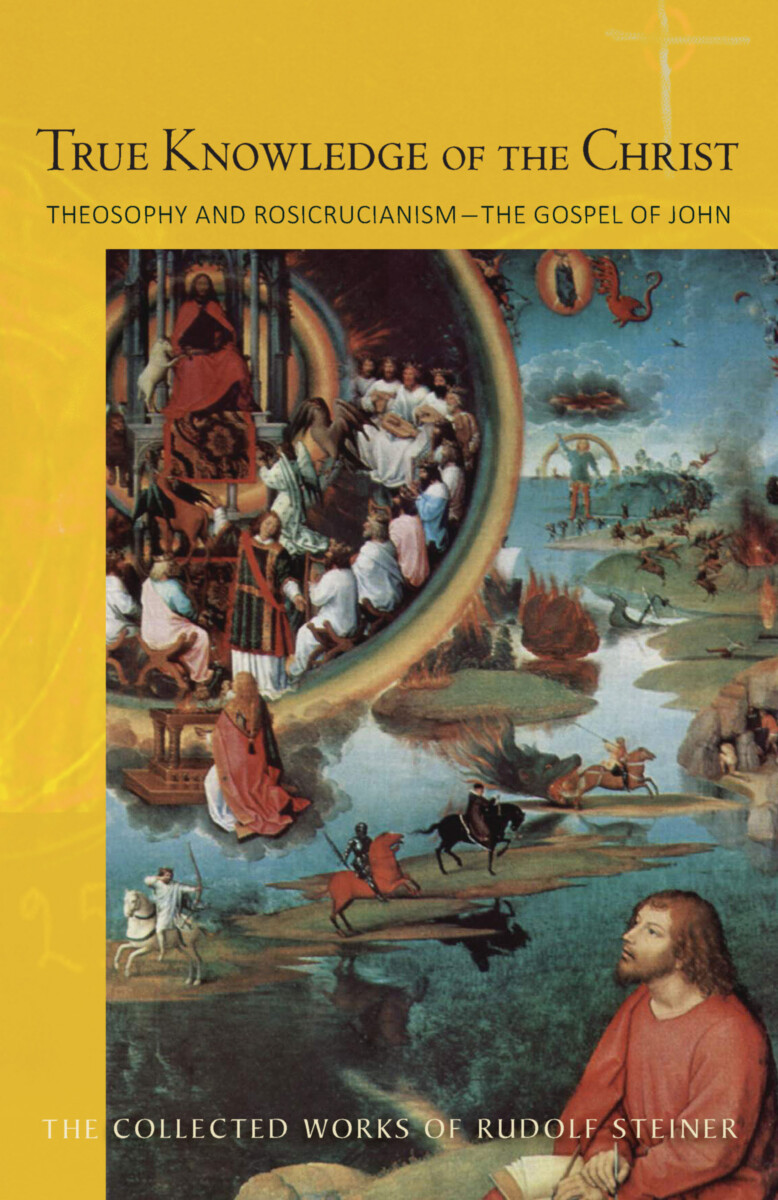 True Knowledge of the Christ

“All existence is spirit. Just as ice is water, so matter is also spirit. Mineral, vegetable, animal, or human—all are a condensed form of spirit.” — Rudolf Steiner

In the two lecture courses featured in this volume, Rudolf Steiner presents a radical new paradigm. Tackling the central dilemma of modern civilization—the polarization of science and spirituality—he seeks to broaden natural science through a comprehensive spiritual science. Rather than harking back to old spiritual forms or religions, Steiner’s approach is based on a conscious and systematic intensification of thinking and perception.

Steiner approaches this spiritual-scientific task from two perspectives. First, he deepens insight into Theosophy and Rosicrucianism, showing their relationship to science and religion. Although presented as an “introduction,” Steiner was never interested in simply providing information—not even in the form of new revelations—and his insights are from fresh angles and with new illustrative examples. These lectures deepen and develop key elements found in his fundamental works An Outline of Esoteric Science and Theosophy. Also featured are the fascinating question-and-answer sessions from the Kassel lectures.

Rudolf Steiner also discusses the most esoteric account of Christ’s life: the Gospel of John. Whereas the focus is on the Gospel, basic tenets of Spiritual Science, human existence, and world evolution are also considered, as are the concept of karma and the true nature of Christianity. In these two sets of lectures, Steiner dwells on the Prologue to the Gospel of John (given in his own words), which offers a meditative approach to gaining insight into the Gospel and Christianity as a whole.

Rather than distancing us from life, each of the lectures in this volume brings us closer to reality. As Steiner states, “Rosicrucian theosophy...does not make us into eccentrics or outsiders, but into friends of existence, for it doesn’t look down on everyday life, alienating us from our mission on earth; it brings us closer.”

This volume is a translation from German of Menschheitsentwickelung und Christus-Erkenntnis, Rudolf Steiner Verlag, Dornach (GA 100).

Reflections on the Gospel of John

Rosicrucianism and Modern Initiation
Mystery Centres of the Middle Ages: The Easter Festival and the History of the Mysteries (CW 233a)