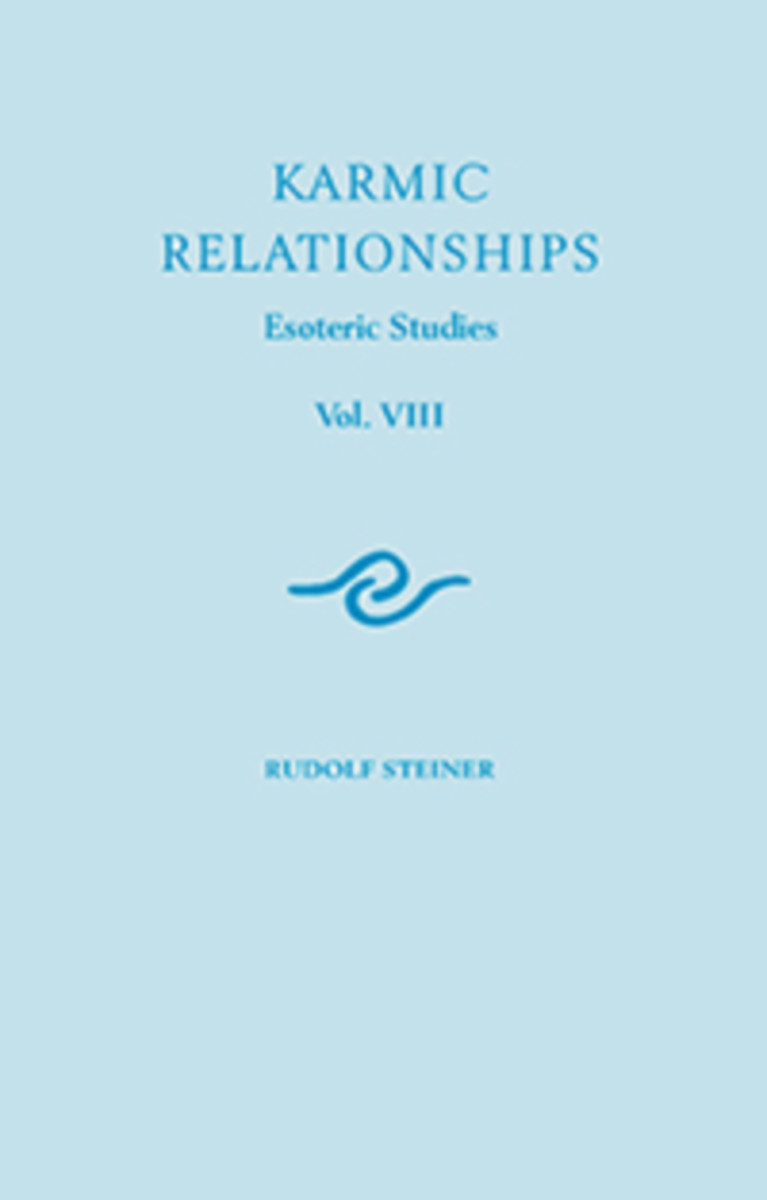 During 1924, before his final address in September, Rudolf Steiner delivered more than eighty lectures on karma to members of the Anthroposophical Society. These profoundly esoteric lectures examine the underlying laws of reincarnation and karma, and explore in detail the incarnations of certain named historical figures.

In Rudolf Steiner's words, the study of karma is “a matter of penetrating into the most profound mysteries of existence, for within the sphere of karma and the course it takes lie those processes which are the basis of the other phenomena of world existence.”

In this eighth volume of the “Karmic Relationships” series of lectures, Steiner offers insights on a variety of subjects, including Cosmic Christianity, the Michael impulse, the Arthur and the Grail streams of wisdom, as well as the individualities of Gregory VII, Haeckel, Swedenborg, Loyola, Haroun al Raschid, Byron, Voltaire, and others.

This book is a translation from German of 6 lectures (of 15) in Esoterische Betrachtungen karmischer Zusammenhänge, in 6 Bdn., Bd.6 (GA 240).