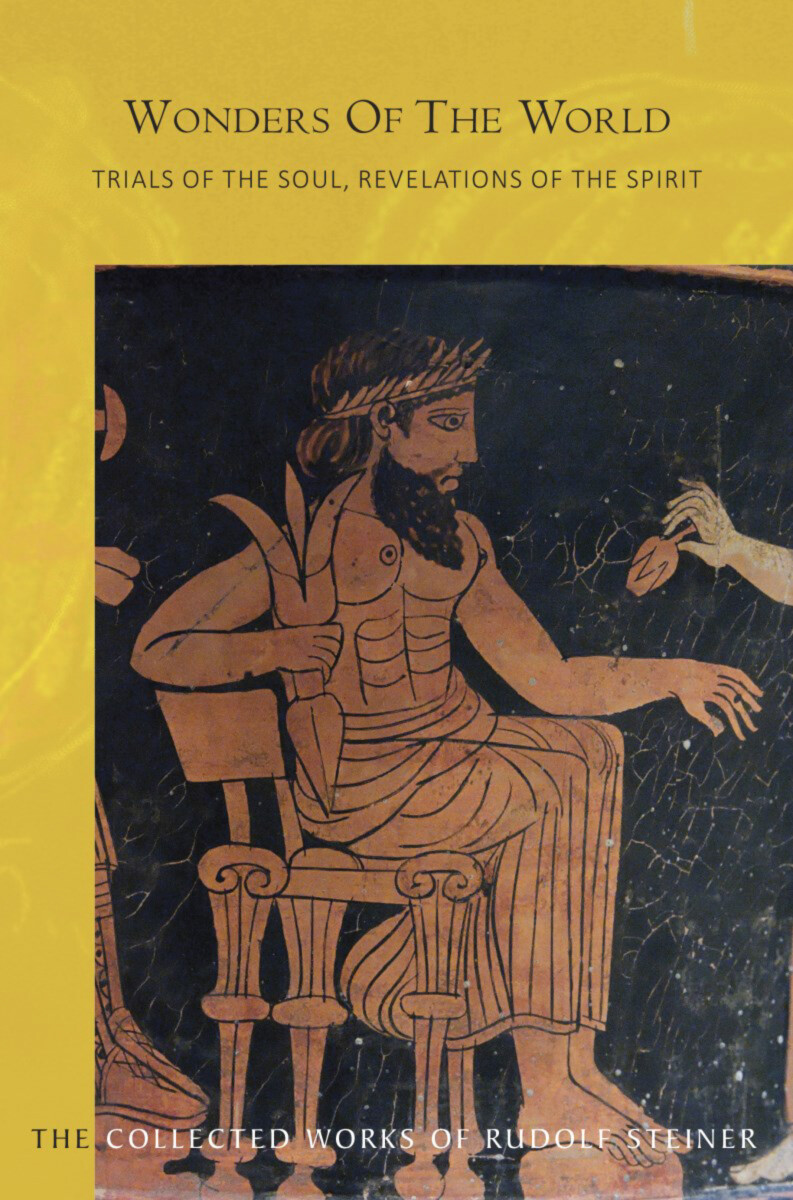 Wonders of the World

Trials of the Soul, Revelations of the Spirit (CW 129)

“From the contents of original Greek drama and the soul drama of the present day that leads to self-knowledge, Rudolf Steiner develops his thought processes—pulsating with lively contemplation—about wonders of the world, trials of the soul, and revelations of the spirit!” —Marie Steiner

In this remarkable interpretation of Greek mythology, Rudolf Steiner goes beyond Carl Jung and Joseph Campbell in his reading of such mythical figures as Demeter, Persephone, Eros, and Dionysos as primordial archetypes of macrocosmic thinking, feeling, and will. Moreover, he explains in detail how human archetypal consciousness was gradually lost, giving way to newfound, subjective experience of those faculties, which in turn opens possibilities for human freedom. His overarching theme of the “evolution of consciousness” is grand in sweep, while Steiner shows himself to be a master of telling details.

This volume is a translation from German of Weltenwunder, Seelenprüfungen und Geistesoffenbarungen (Rudolf Steiner Verlag, 1995, vol. 129).

Our Connection with the Elemental World
Kalevala – Olaf Åsteson – the Russian People: The World as the Result of Balancing Influences (CW 158)