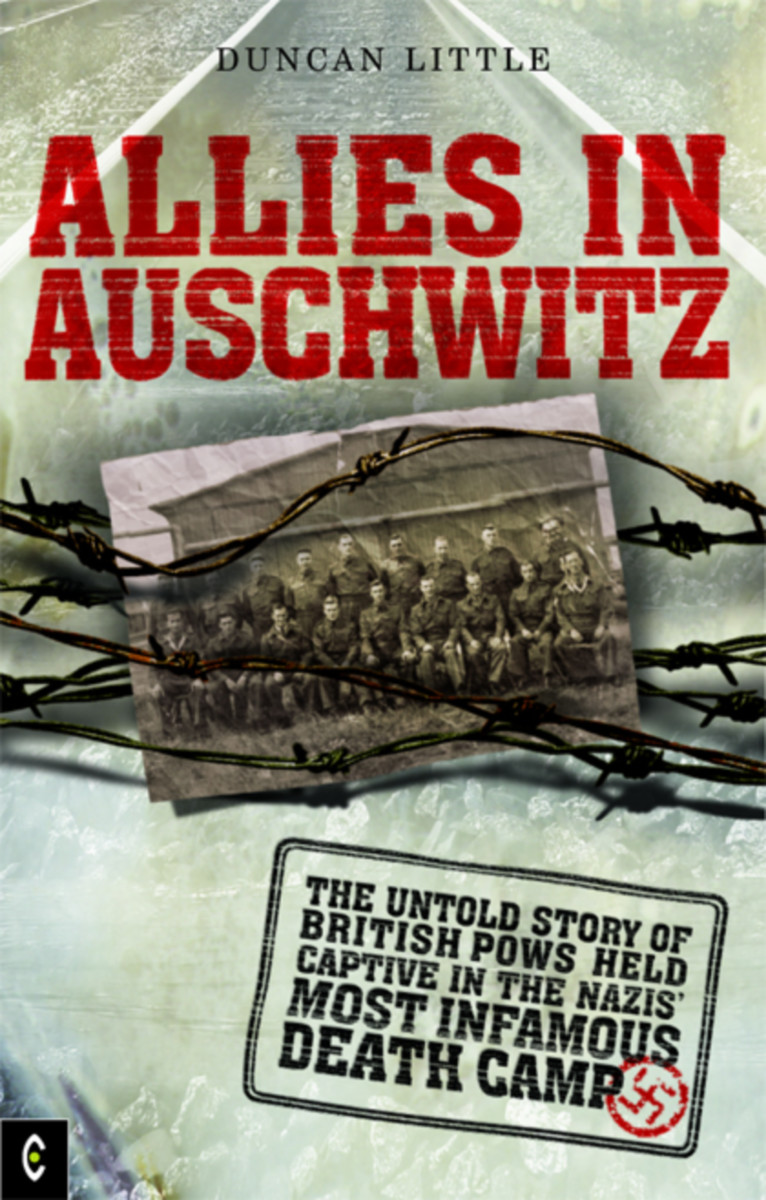 “It is unclear how many Allied men were forced to work as slaves for the Nazis. Most of these men were not Jewish. Many of them had escaped from other POW camps or had worked with underground resistance units. Their actions led the Nazis to recategorize them as political prisoners, which meant that they lost their POW status and, therefore, the rights afforded to them under the Geneva Convention. Various British soldiers were dispatched to concentration camps, which included Buchenwald, Belsen, and Theresienstadt.” (from the introduction)

The huge Auschwitz camp in Poland, the Third Reich’s most gruesome death camp, contained not only the infamous concentration camp—whose horrors are well-documented—but also a prisoner-of-war facility that housed British inmates. Situated close enough to the Jewish quarters to smell the stench of burning bodies from the crematoria, the POWs were forced to work alongside concentration camp inmates in a Nazi factory. Witnesses to daily violence, the men survived beatings, hard labor, and the extreme cold of Polish winters, all while subsisting on meager rations. Their final ordeal was to march hundreds of miles in the depths of winter to finally gain freedom in the spring of 1945.

Based on interviews with some of the few surviving members of E715 Auschwitz, this book charts the British captives’ true story—from their arrival on cattle trucks through to their eventual departure on foot. Haunted by what they witnessed as young men, Brian Bishop, Doug Bond, and Arthur Gifford-England were unable to speak about their experiences until decades later when approached during research for this book. In post-war Britain, there has been little interest in these remarkable men, and they have had to cope with the trauma of their experiences with little support.

Allies in Auschwitz records an important and forgotten episode of modern history. As corroboration of the men’s testimony, the final chapter includes post-war accounts from other British POWs held in E715 Auschwitz, based on documents compiled by war crimes investigators for the Nuremburg Trials.

Duncan Little studied History at the University of Surrey from 1993 to 1996 before heading to Falmouth College of Arts, where he qualified as a broadcast journalist in 1997. That year, he also began his career in television at ITV Westcountry, where he worked in news and current affairs. He researched, produced, and directed the highly acclaimed West Country Top Secret television series, which examined world, national, and regional events during the Cold War. The six programs won a “Special Jury REMI Award” at the 2005 WorldFest International Film Festival. He works in news production and makes factual programs.

READ A REVIEW: “Revealed: The British troops Imprisoned at Auschwitz” (The Jewish Chronicle)

Love and Its Meaning in the World
OR