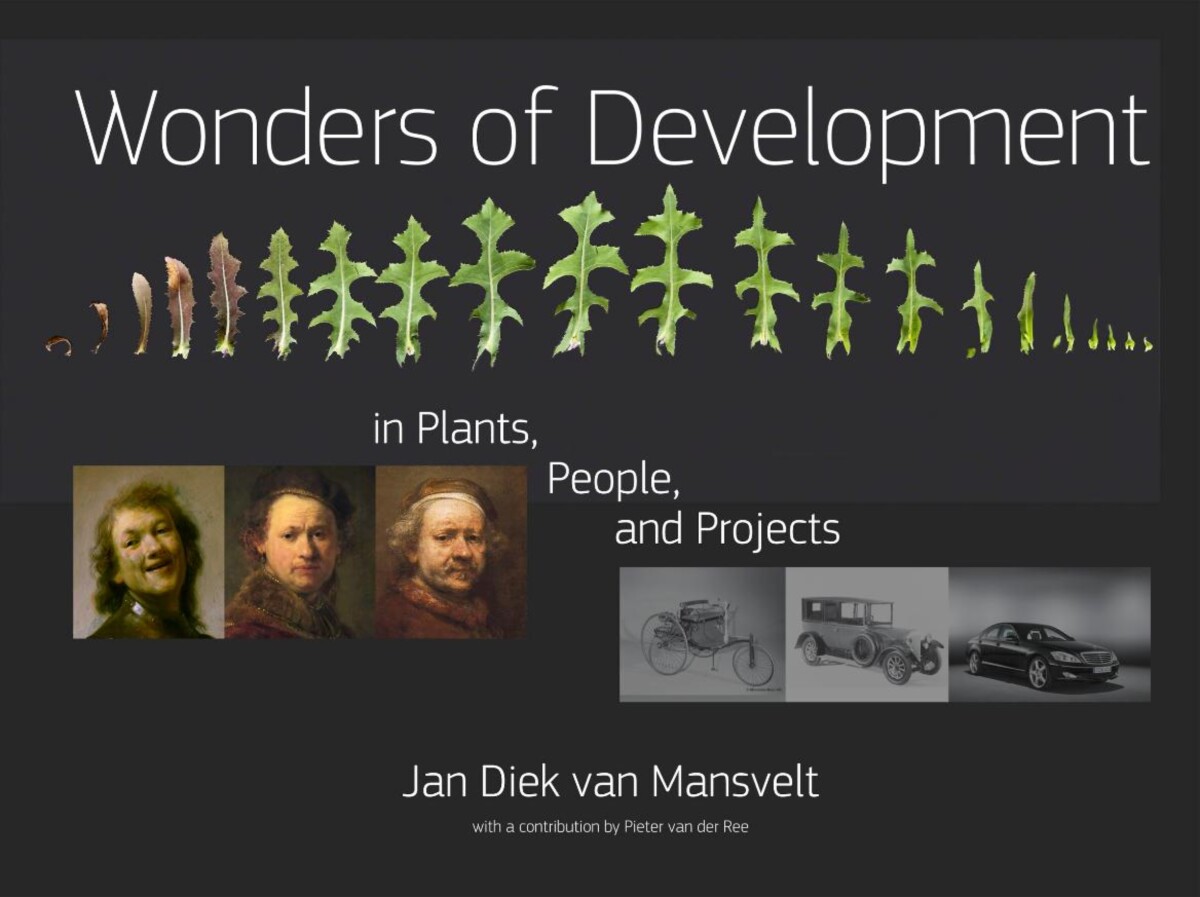 Wonders of Development in Plants, People, and Projects

The hectic pace of our lives is increasingly determined by the unconscious forces driving our thinking and by the relentless speed of the machines and automated intelligence that this thinking has produced. We are so caught up by the pressure this imposes upon us that we have largely lost any awareness of the regenerative, rhythmical activity that sustains us.

For the sake of our health, sanity, and ultimately of our own productivity, we can, as this deeply refreshing, delightful little book suggests, slow down and turn our full attention to the creative life of nature as it manifests in the growth and development of plants, in human development, and even in the unfolding of our human endeavors.

Drawing on his lifelong experience in regenerative agriculture, education, and planning, the author guides us in detailed observations that can awaken a deep sense of wonder at the creative lawfulness underlying all development. Van Mansvelt shows us how exact observation of plants can lead to a more inward contemplation of the formative gestures that manifest in their growth and metamorphosis—gestures that can also be discerned in the phases of human development and in the step-wise realization of our plans and projects. Through this enlivened contemplative activity, our thinking is transformed and gradually becomes not only attuned to, but capable of consciously participating in, and working with, the creative forces that give rise to developmental processes.

When we focus our attention on the rhythms of life we can gain a new awareness of our deep, intrinsic kinship with nature, an enthusiasm for the further development of our capacities, and a sense of responsibility for what we contribute out of these abilities to the future development of society and nature.

II. On the development of plants—node by node
1. Seeds
2. Germination
3. Stem and Leaves
4. Flowering
5. Pollen dispersion and pollination
6. Towards a new plant
7. Plants fructify the earth with their seeds
8. Plants never live alone
9. A little detour: leaves on trees

III. On the development of people—knot by knot
1. The zygote and the embryo
2. Development of the young person
A little detour: The embryonic development of the human spine
3. The cycle of life
4. Dying as flowering?
“Steps” by Herman Hesse
5. The human being after death
6. On the road again
“One Version of Events” by Wislawa Szymborska
7. Human beings fructify the earth
8. People never live alone

IV. On the development of plans and projects—through fits and starts
1. The seed: The idea becomes an initiative
2. The initiative becomes a plan
3. The plan becomes a project
4. Completion as flowering
5. Contemplation as fruit
6. On the road again: On to new projects!
7. Fructification
8. Our plans for our world
“Architectural design processes” by Pieter van der Ree
“The design of ‘The Red Hazel’” by Pieter van der Ree
Reconsidering the development of plans and projects

V. Intent and methodology
1. Deadly analysis as a prerequisite for learning living thinking
2. Observation and thinking
3. Where do I find firm ground for knowledge?
4. The sense of truth

Acknowledgments
References
About the authors

Dr. Jan Diek van Mansvelt is a former Chairman of Avalon Foundation and an organic farming pioneer who has been involved in the development of organic and biodynamic agriculture in the Netherlands and internationally. He is a founder and former chairman of the Louis Bolk Institute and was also director of Warmonderhof center for biodynamic agriculture and member of the International Representatives Council for Biodynamic Agriculture.

​In 1981, he was appointed Extraordinary Professor of Alternative Methods in Agriculture at Wageningen Agricultural University in the Netherlands, where he continued working until 2000. He has been a long-term board member of the Dutch Platform of Biological Agriculture and Nutrition. In 1986–1992, he served as member of the World Board of the International Federation of Organic Agricultural Movements (IFOAM) and was its president 1988–1992. He was also president, and is now Honorary Board Member of the Dutch Biodynamic Association.

​In 1991, Dr. Diek van Mansvelt was appointed Foreign Member of the Russian Academy of Agricultural Sciences. He has published on organic farming extensively and lectured worldwide. For his merits on promotion of organic agriculture the Kingdom of the Netherlands awarded him a chivalric Order of Orange-Nassau.

The author discusses his book (in Dutch)

A Way of Seeing
Perception, Imagination, and Poetry