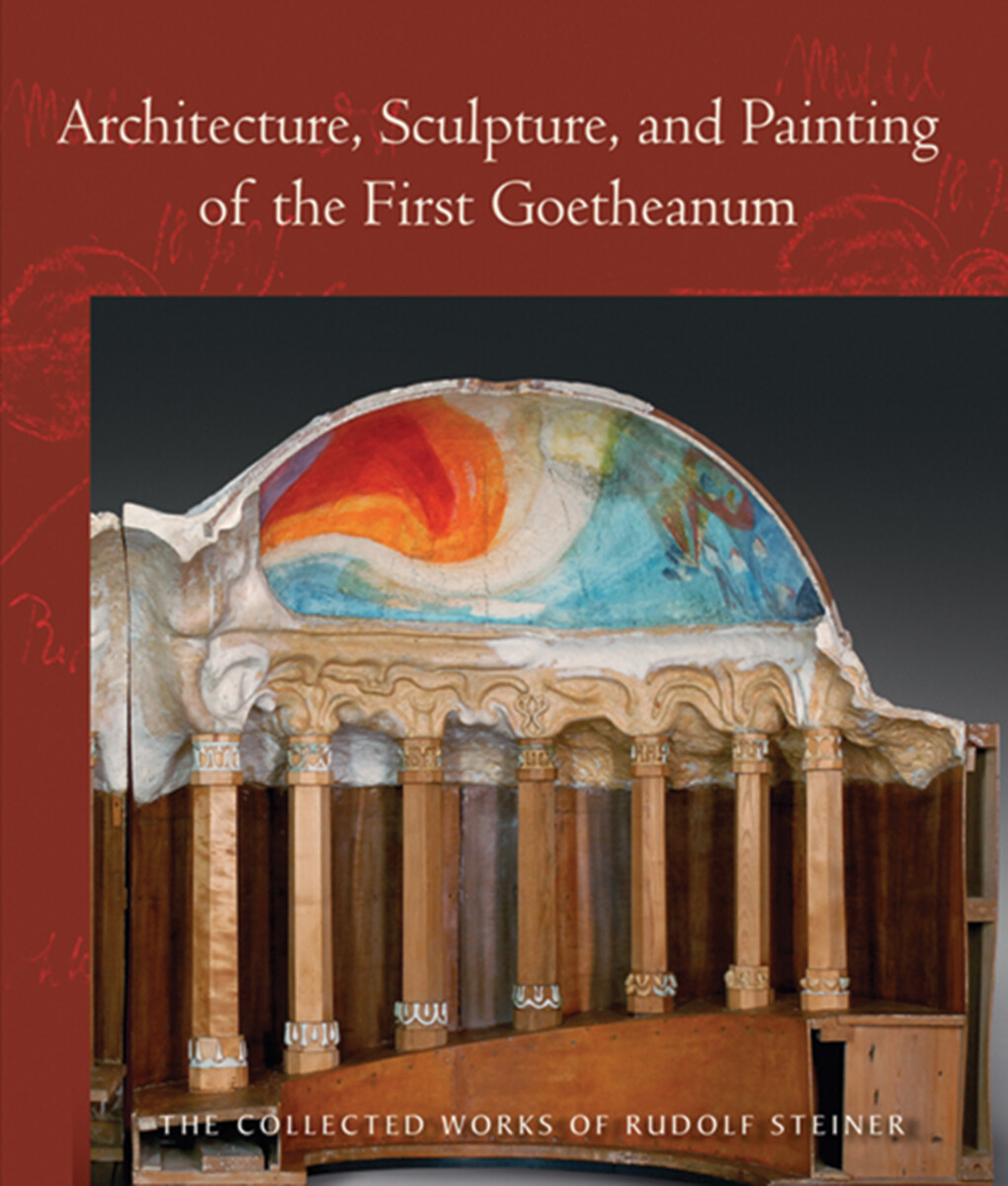 Architecture, Sculpture, and Painting of the First Goetheanum

The planning, construction, and execution of the functional work of art that was the First Goetheanum was an endeavor that occupied Rudolf Steiner for the better part of seven years. Every detail, from the seemingly small—such as the shape and feel of the door handles—to the grand motifs of the paintings on the ceilings of the cupolas and the building’s intended sculptural centerpiece, was lovingly designed to meet and inspire the individual human beings who would some day encounter it, not with didactic symbolism, but with the transparent reality of the spiritual foundation of humanity and the world, and the open possibility to both know this spiritual foundation and to work with it practically and artistically for the good of all.

The lectures in this volume—accompanied by reproductions of more than a hundred slides—were heard by various audiences as the building neared completion and before it was destroyed by fire. The text is complemented with a foreword by the esteemed architect Douglas J. Cardinal, as well as an important and revelatory Introductory essay by David Adams: “The Form–Function Relationship in Architecture and Nature: Organic and Inorganic Functionalism.”

This volume of The Collected Works of Rudolf Steiner is essential reading for anyone who wants to gain a deeper understanding of the artistic motivation of Rudolf Steiner as an artist and architect, while also clearing up many of the misunderstandings that the building and its sculptural and painted components have inevitably given rise to, both then and now.

Appendix: On the Building in Dornach

READ THE FIRST LECTURE:
"A House for Spiritual Science: The Form of the Building in Dornach"
Public lecture, Basel, April 10, 1915

Art History as a Reflection of Inner Spiritual Impulses
(CW 292)