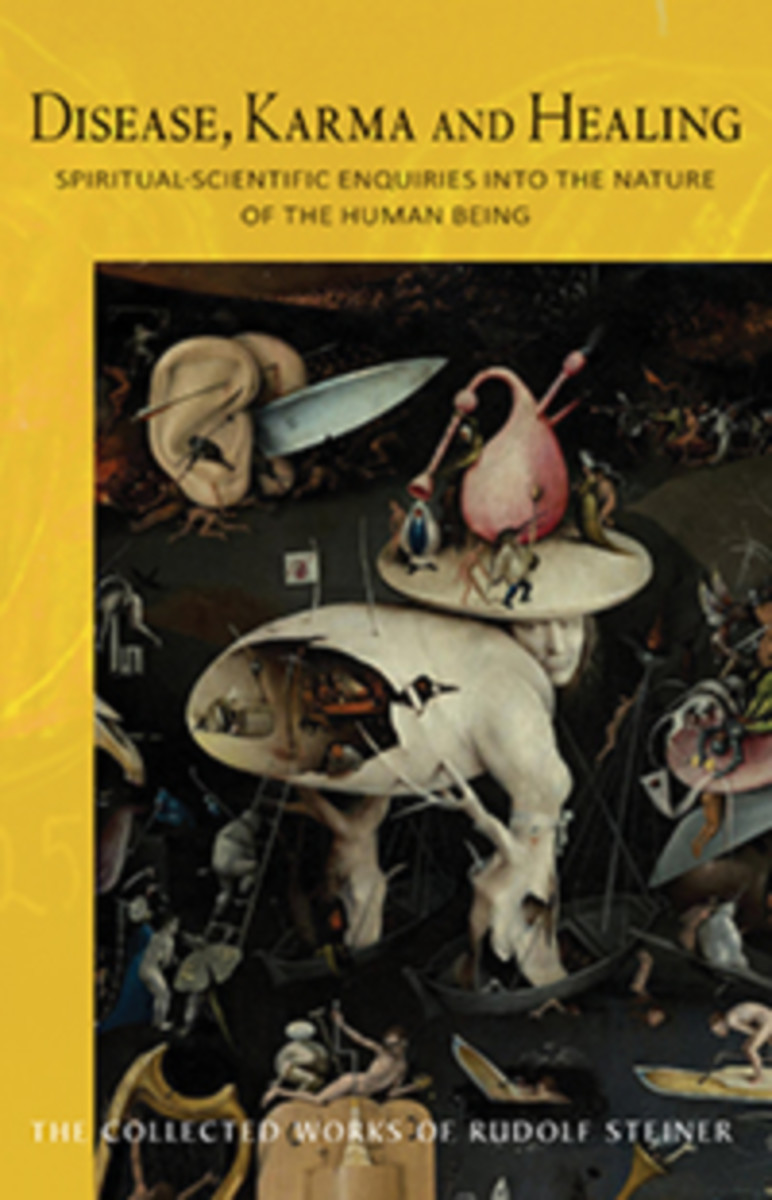 According to Rudolf Steiner, illness comes to expression in the physical body, but mostly does not originate in it. Thus, a key to the physician’s work is gaining insight into the whole nature—the essential core being—of an individual. Throughout this lecture course, Steiner draws our attention to the greater scope of the smallest phenomena—even a seemingly insignificant headache. He sheds light on things we normally take for granted, such as the human capacity to laugh or cry. In the process, he broadens our vision of human existence. Moreover, “mundane” human experiences of forgetting and remembering are intrinsic to our humanity and have unsuspected moral and spiritual dimensions.

In these eighteen lectures, given weekly as part of an ongoing course on “the whole field of spiritual science,” Steiner elaborates in detail on the diverse interplay of the human constitution (the physical, etheric, and astral bodies and the “I”) in relation to rhythmic processes, developing consciousness, the history of human evolution, and our connection with the cosmos. Within this broad canvas, some of his themes acquire a very distinctive focus, including vivid accounts of the “intimate history” of Christianity, creating from “nothing,” the interior of the Earth, and health and illness.

Other topics include the nature of pain, suffering, pleasure, and bliss; the four human group souls of lion, bull, eagle, and humankind; the significance of the Ten Commandments; the nature of original sin; the deed of Christ and the adversarial powers of Lucifer, Ahriman, and the Asuras; evolution and involution; the Atlantean period; and even Nietzsche’s final state of madness.

This book is a translation from German of Geisteswissenschaftliche Menschenkunde (GA 107). Nine of the 18 lectures in this volume were previously translated and published as The Being of Man and His Future Evolution.

1. The Astral World
2. Some Characteristics of the Astral World
3. History of the Physical Plane and Esoteric History
4. The Law of the Astral Plane: Renunciation / The Law of the Devachan Plane: Sacrifice
5. The Nature of Pain, Suffering, and Bliss
6. The Four Human Group Souls: Lion, Bull, Eagle, and Man
7. Forgetting
8. The Nature of Diseases
9. The Nature and Significance of the Ten Commandments
10. The Nature of Original Sin
11. The Rhythm of Human Bodies
12. Mephistopheles and Earthquakes
13. Rhythms in Human Nature
14. Disease and Karma
15. Christianity in the Evolution of Modern Humanity

16. The Deed of Christ and the Adversary Powers of Lucifer, Ahriman, and the Asuras
17. Laughing and Weeping: The Physiognomy of the Devine in Human beings
18. Evolution, Involution, and Creation Out of Nothing