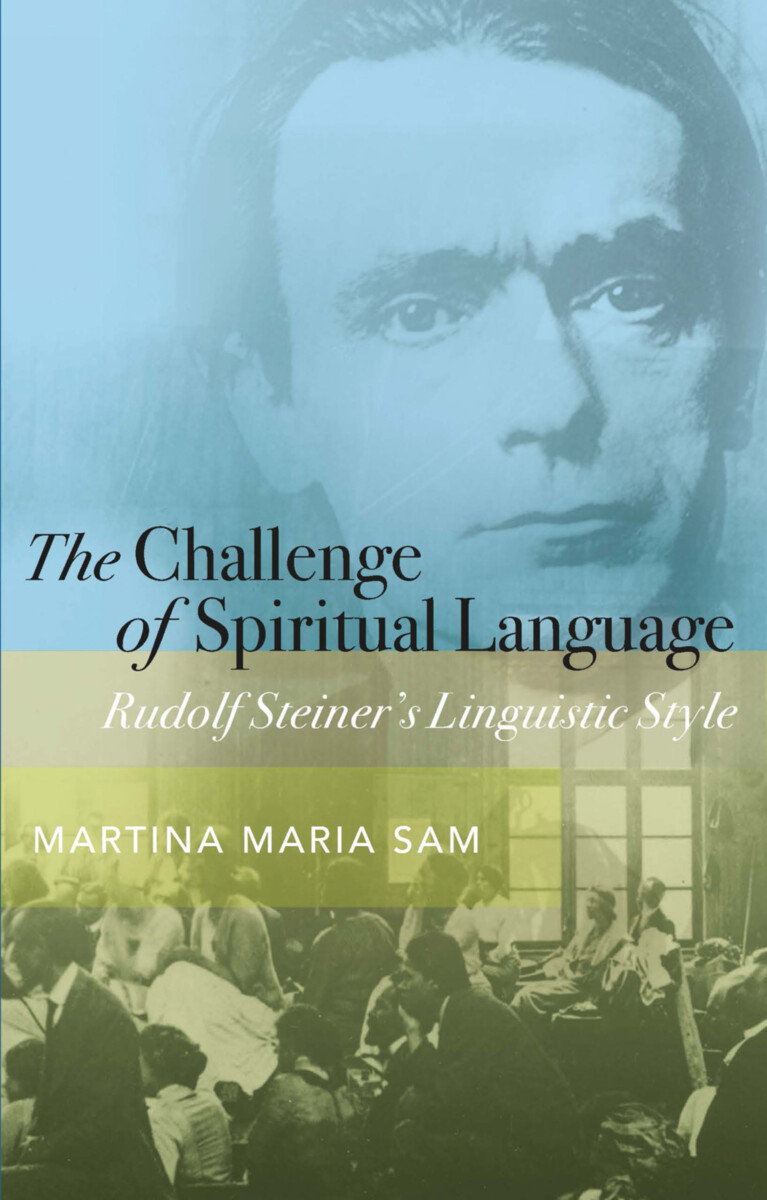 The Challenge of Spiritual Language

“Development in the science of the spirit will always...involve what we may call developing the inner meaning and inner configuration of our language.” —Rudolf Steiner

Our present-day language cannot easily convey spiritual concepts. This is epitomized by Rudolf Steiner’s search for the words and style to express a contemporary spiritual worldview. In seven chapters that organically develop the subject, Martina Maria Sam presents longstanding relevant research. As a writer, editor, and lecturer, she observed the increasing difficulty that many—especially academics—have with Steiner’s style. However, this style was something that Rudolf Steiner developed deliberately. As she states, “What was most important for me in this was to point out Rudolf Steiner’s intentions in his specific, and often original, linguistic forms and, consequently, to create the introductory basis for a deeper understanding.” Gaining such understanding, she says, also enables us to develop insight into spiritual matters.

The author begins by quoting contemporaries of Steiner who criticized his “grating” style. She describes why he had to create new forms of expression and examines the specific nature of his lectures. She considers two comprehensive stylistic principles that permeate Steiner’s entire body of work, as well as his special way of handling the pictorial element in language. She also focuses on Steiner’s construction of meditative verses and mantras and the development of an artistic, linguistically creative element that will be possible only in the future.

“A constant struggle for an expression that seems sufficient...”
Why Rudolf Steiner Had to Develop a New Language
• The Battle with Language
• Impetus for a Free Spiritual Collaboration
• Uncovering the Inner Gestures of Language

“...that we really feel each word to be inadequate”
Characterizing Rather than Defining
• Emancipation from Nomenclature
• From Various Sides around an Open Middle
• In Contradiction and between Things
• Delicate Nuances of the Spiritual
• Understanding the Active Spirit through Participation

“...a style that can be presented fully in pictures...”
The Pictorial Element in the Language
• A Cautious, Provisional Allusion
• Speaking Comparatively Preserves the Intrinsic Character of a Thing
• The Original, Etheric Word Gesture
• The Example with Something Left Over
• Spiritual Activity in the Emergence of the Image

“...so that their content can never be entirely fathomed...”
On Forming and Experiencing the Mantras
• Everything in the Verses Has Meaning
• The Dynamic of the Change in Perspective
• Sound and the Feeling of Sound
• Creating Words Anew from the Feeling for the Sounds
• Inexhaustible Word Combinations

Martina Maria Sam, born in Hornbach, Germany, worked as a eurythmist on the Goetheanum stage, studied German and art history in Basel, did her doctorate on Faust in Zürich, and worked as an editor in the Collected Works of Rudolf Steiner. After leading the Section for Fine Arts at the Goetheanum for 15 years, she is active today in editing Rudolf Steiner's letters and with Stefan Hasler in the Eurythmy Research Centre and researching the biography of Rudolf Steiner.

The Genius of Language
Observations for Teachers (CW 299)

Illness and Healing
And the Mystery Language of the Gospels

One Language
Source of All Tongues

Speaking, Listening, Understanding
The Art of Creating Conscious Conversation
OR