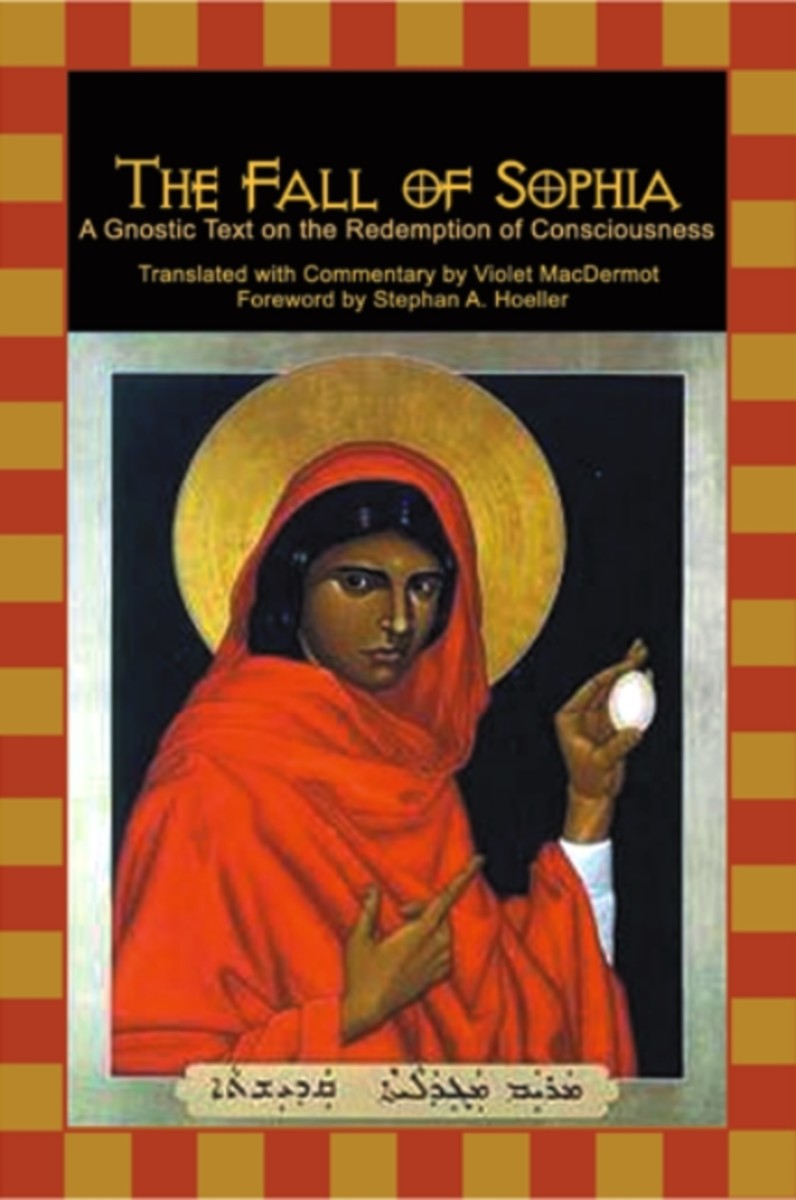 The Fall of Sophia

A Gnostic Text on the Redemption of Universal Consciousness

“I came forth from the mouth of the Most High and covered the earth like a mist. I encamped in the heights, and my throne was in a pillar of cloud. Alone I compassed the vault of heaven and traversed the depths of the abyss. Over waves of the sea, over all the earth, and over every people and nation I have held sway.... Before the ages, in the beginning, he created me, and for all ages I shall not cease to be.” (Eccl. 24:3–6, 9)

Sophia (the world soul) fell from her place in the heavens to the chaos below. Sophia is among the most haunting and mysterious figures in Western spirituality. She is also one of the great symbols of the divine feminine in world civilization.

The personification of divine Wisdom, Sophia is praised in the biblical book of Proverbs as co-creator of the universe with God. In the secret teachings of early Christianity known as Gnosticism, she represents our shared consciousness, trapped in the material world as a result of the Fall.

One of the most sublime Gnostic texts is the Pistis Sophia or "Faith Wisdom," a great allegory in which the resurrected Christ explains how he freed the divine Sophia from her imprisonment by the forces of spiritual wickedness. Christ goes on to show his disciples how they will share in this cosmic act of redemption.

In this profound yet accessible work, Egyptologist Violet MacDermot gives us a fresh translation of the Pistis Sophia from the Coptic and discusses it in its historical setting. She also shows us how Sophia's story of is our story. It is a tale of our separation and isolation as a result of ego-consciousness, but it is one in which we, too, can share spiritual liberation. Her engaging discussion relates this work not only to ancient teachings but to the thought of C.G. Jung, Emanuel Swedenborg, and the Kabalah.

“Egyptologist MacDermot has produced a curious hybrid of a book. It is at once a sober-sided translation of the valuable Gnostic text Pistis Sophia (lightly edited for its internal repetitions) as well as a curious potted history of the Gnostic temper through Western history, beginning with Mani and stopping along the way for the likes of Pico della Mirandola and Lewis Mumford. While it might have been better, even for the educated reader, for MacDermot to have annotated and explicated the mysterious text as fully as possible rather than prefacing it with metahistory, this volume still elicits considerable interest. For larger collections or where interest in neopaganism is strong.”

PART ONE
1. The Gnostic Myth of Sophia
2. A Renaissance of Wisdom and the Impact of Science
3. Swedenborg and the Human Body as Microcosm
4. From Myth to Concepts of an Organic Social Order

Violet MacDermot studied Egyptology at University College, London, and was a board member of the Egypt Exploration Society. She has translated two Coptic texts, Volumes IX and XIII in the Nag Hammadi Studies series: Pistis Sophia and The Books of Jeu and the Untitled Text in the Bruce Codex. Her books include The Cult of the Seer in the Ancient Middle East: A Contribution to Current Research on Halucinations drawn from Coptic and Other Texts (1971).

The Heavenly Sophia and the Being Anthroposophia

The Mystery of Sophia
Bearer of the New Culture: The Rose of the World